Crazy Hangover Secrets from Around the World 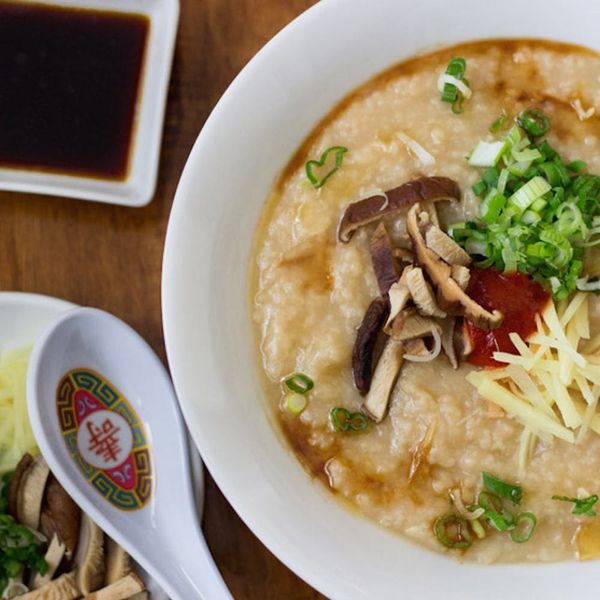 A hangover is a gnarly experience, usually accompanied with extreme feelings of regret and a pounding headache. In the United States, our prescribed cure seems to be greasy foods and a big ol’ Bloody Mary to smooth out the pain. Others swear by coffee or sports drinks. But how do folks around the world alleviate their post-drinking blues? Check out these tricks from all over and maybe try one out next time your are in need of a little somthin’ somethin’.

1. Ireland: The Irish are masters at drinking. And at pubs across the country the morning after, you’ll find advertisements for a full Irish breakfast. It’s a glorious plate of grease, bacon, sausages, eggs and soda bread. They also have white and black pudding, which is made of pork and blood sausage. Try this lightened-up version with a little less meat but still all the necessary grease to get you on the path toward normality. (via Half Her Size)

2. China: Congee, or rice porridge, is the hangover meal of choice in China. Usually accompanied by pickled mustard greens, shredded pork and a salted duck egg, this comforting dish tackles the hangover by rehydrating and soothing the stomach. This is also the dish of choice when folks contract the flu or the common cold. The rice can be cooked with chicken and abalone or shiitake mushrooms. (via Nosh On It)

3. Japan: The Japanese swear by Ukon No Chikara, which can be found in powder form or bottled in the country’s many convenient stores. Ukon is full of turmeric, which improves digestive functions and helps cure hangovers. Colored a bright orange hue, it is mildly sweet with a vague medicinal aftertaste like cough syrup. (via Ukon)

4. Russia: Pickle or sauerkraut juice is a must-have for hangovers in Russia. You can even buy it canned and carbonated these days. The juice helps replenish electrolytes just like your go-to Gatorade or other sports drinks. These days, you can even get pickle juice in popsicle form. (via Notes of Bacon)

5. Korea: The Koreans sure know how to cure a hangover. Haejangguk, after all, translates to “soup to help cure a hangover.” Versions vary across the country, but the usual bowl is made from a beef-based broth topped with bean sprouts, cabbage, coagulated ox blood, pork brine and a large runny egg. It can be purchased in the morning from street vendors across the country. (via HannaOne)

6. Germany: Germans get over their gallons of beer consumption with some pickled fish. Katerfrühstück, meaning “hangover breakfast,” are rollmops with raw pickled herring, onion and gherkin. The salty fish is believed to restore electrolytes and help pave your way to a better day. If you are looking for a fun twist on the classic, try out these cider-pickled rollmops instead. (via Gastromony)

7. South Africa: Ostrich farming in South Africa began in the 1864, and ostrich eggs are now a well-loved breakfast item and a hangover cure. An ostrich omelet is the equivalent of 24 eggs, and one of these babies can feed 12 people rather comfortably. (via Quite Curious)

8. Mexico: Menudo, a spicy tripe soup doused with red chile peppers, is the Mexican remedy for a post-drink headache. In parts of Northern Mexico, hominy is added for texture. A liberal handful of chopped onions and cilantro are also added for extra flavor. And it’s usually eaten with tortillas and a squeeze of lime. (via Serious Eats)

Are any of these recipes calling your name? What are your go-to hangover cures? Let us know in the comments below!

Clarissa Wei
Clarissa Wei is a Los Angeles-based writer who knows a lot about Asian food and the hidden gems of her city. She lives in the San Gabriel Valley, and you can find her making dumplings from scratch or hiking the local mountains.
Recipes
The Conversation
More From Recipes

8 of the Best Bento Box Lunch Ideas for Kids

15 Easy + Healthy Meal Recipes for One