OMG: Harry Potter’s Invisibility Cloak May Actually Be a Possibility 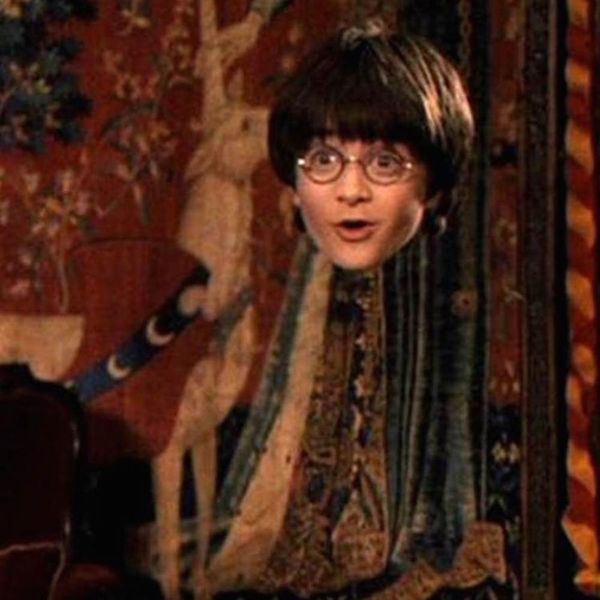 All of us Muggles have been hoping, wishing, praying that we’ll one day get our Hogwarts acceptance letter in the mail. Now, we’re getting one step closer to the Harry Potter world becoming real life, because researchers are oh-so-close to creating an IRL invisibility cloak.

In a paper published in Nature last Friday, researchers from the School of Electronic Engineering and Computer Science at the Queen Mary University of London have created a device that can make curved surfaces look like they’re flat using electromagnetic waves. If that sentence meant absolutely nothing to you, it means that science has pretty much made an actual Muggle version of an “invisibility cloak.”

So how exactly does this magic work? Essentially, the research team used a material that consists of seven different layers, each layer with different electric properties. This material, when coated over another object, is thus able to “hide” the object because it concentrates the electromagnetic wave when it would normally scatter it all over the darn place. “Previous research has shown this technique working at one frequency,” Yang Hao, the study’s co-author, said in a press release. “However, we can demonstrate that it works at a greater range of frequencies making it more useful for other engineering applications, such as nano-antennas and the aerospace industry.”

Of course, we still have a long time before we’re able to use this invisibility cloak to explore in the Restricted Section of the library, but according to the study’s lead author Luigi La Spada, the research could have various impacts. “Perhaps most importantly, the approach used can be applied to other physical phenomena that are described by wave equations, such as acoustics,” he said in the press release. “For this reason, we believe that this work has a great industrial impact.”

Just goes to show that we may not have J.K. Rowling’s brand of magic, but we have science, and that’s pretty much the next best thing.

Are you excited about possibly owning an invisibility cloak someday? Tweet us @BritandCo!