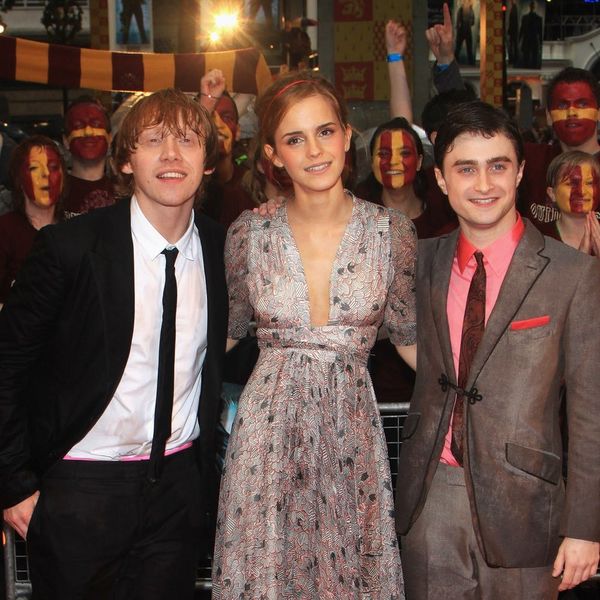 Calling all Harry Potter fans! You just might have hit the jackpot — literally — simply for being a Hogwarts enthusiast.

I found a typo in the first Harry Potter book! "1 wand" is listed twice. @jk_rowling pic.twitter.com/mF5cDgN8jT

It appears that several copies were printed with an error that has an extra item in a list of supplies found on page 53, as it lists “1 wand” twice. The rare find is earning a pretty penny, and a spokeperson for London’s Bonhan’s Fine Books and Manuscripts told The Sun that it’s due to fan nostalgia.

“As the first book in the series, Harry Potter and the Philosopher’s Stone has a special place in the affections of the millions of readers across the world and the proof reading error has, of course, become a treasured piece of Harry Potter arcana.”

Though many are reporting that the book was one of 500 first edition copies, the original poster says hers wasn’t a first edition at all, but a reprint that came out in 2000.

At least 10 news articles have been written about this tweet but JOKE'S ON YOU it's not a first edition!!! (I WISH) https://t.co/H3NzNwSO1j

Hmmm. Does this mean there’s hope for the rest of us?! Fingers crossed!

Nicole Briese
Nicole is the weekend editor for Brit + Co who loves bringing you all the latest buzz. When she's not busy typing away into the wee hours, you can usually find her canoodling with her fur babies, rooting around in a bookstore, or rocking out at a concert of some sort (Guns N' Roses forever!). Check out all her latest musings and past work at nicolebjean.com.
Books
Pop Culture
Books Harry Potter