Here Are Rosie Pope’s Tips for Staying Fit While Pregnant 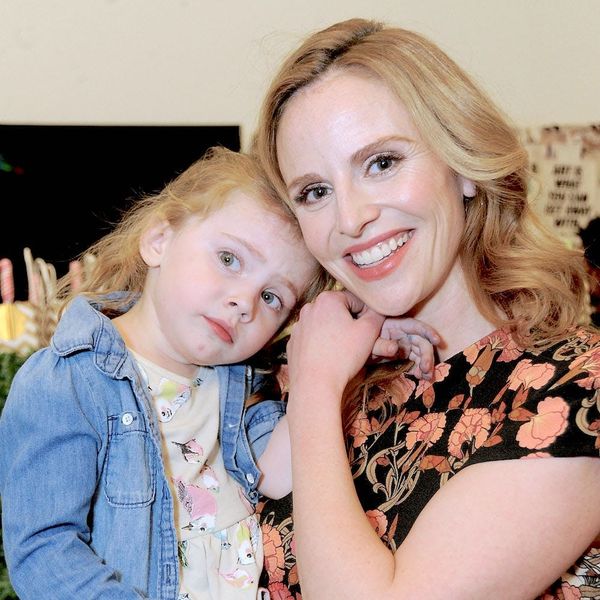 These days, it seems like people are always talking about the newest exercise fad — and that’s awesome if you like to switch up your workouts. But when you’re pregnant, chasing the latest fitness trend might not always be the best thing for you and your baby.

Pregnancy concierge, maternity and baby clothing designer and mom of three Rosie Pope knows a thing or two about how to stay fit during that very special time in your life. She gives us her tips on which workouts are a do and which ones are a don’t when you’re expecting. And no matter which workout you choose, make sure you let your instructor know you’re pregnant, stay hydrated and — if you don’t feel right — trust what your body is telling you and take a break.

Rosie gives yoga the green light, but you should still be cautious as things change when you’re pregnant. “The one thing you’re gonna want to be careful of is your center of gravity is going to shift and change during pregnancy, so you want to make sure you’re very aware of that so you don’t fall over,” says Rosie. Good to know! Also, not all kinds of yoga are right for expecting mamas — for example, hot yoga. “Those rooms are up to 100 degrees or more, and the chances of overheating — which is very dangerous when you’re pregnant — is likely,” she warns. According to the American Pregnancy Association, a body temperature of 101º F, especially during the first trimester, could potentially lead to miscarriage and birth defects. Eek! Also, the risk of dehydration is high.

According to Rosie, these workouts are great for strengthening your pelvic floor — which can come in handy during delivery. “It’s not necessarily going to speed it up,” Rosie says with a smile, “but it’s certainly going to allow you to survive the marathon and get through it easier.” Plus, it doesn’t hurt that these exercises are low impact, so you’re not much in danger of injury. But there is a caveat: These exercises sometimes require you to lie on your back, which is something you should avoid doing when you’re pregnant. That kind of position allows the weight of the uterus to slide back and compress a major vein in your body called the vena cava.

When it comes to fad workouts, CrossFit is a big one. Those who love it, LOVE IT. “If you’re one of those people that love CrossFit, and — before you were pregnant — would push yourself to the max and then vomit and pass out, it is not good when you’re pregnant,” says Rosie, scrunching up her face. However, if you can pace yourself and make sure you never push your body too far beyond its limits, you won’t have to give up your CrossFit addiction for all nine months.

“Running is good… if you’ve already been running,” Rosie says. “It’s not really something you want to take up if you haven’t already done it. And if you’re doing it, pregnancy is not a time to increase intensity or length of any of that type of activity.” Anyone who’s watched the Sex and the City movie and followed Charlotte’s pregnancy knows that! And be sure to do like Charlotte did and check with your doctor first, as there are certain cases when running must be avoided completely.

Rosie highly recommends swimming; This zero impact activity is even a good one to take up specifically while pregnant. But one important thing to note is that you MUST avoid hot tubs for the same reason you should avoid hot yoga. But otherwise, make like Michael Phelps and do the freestyle!

Will you be trying any of Rosie’s tips? Tweet us @BritandCo!

(Photos via Getty and Rabbani and Solimene Photography/Getty)

Kimberly Wang
Kimberly Wang writes about all things pop culture, tech, style, and beauty. She's a Bay Area transplant and has an MFA in Creative Writing from Columbia University. On a sunny New York day, you can find her hanging out with her mini schnauzer Isabelle Jellybean on a blanket in Central Park.
Fitness
Health
Fitness interview Posts that contain video Pregnancy
More From Health