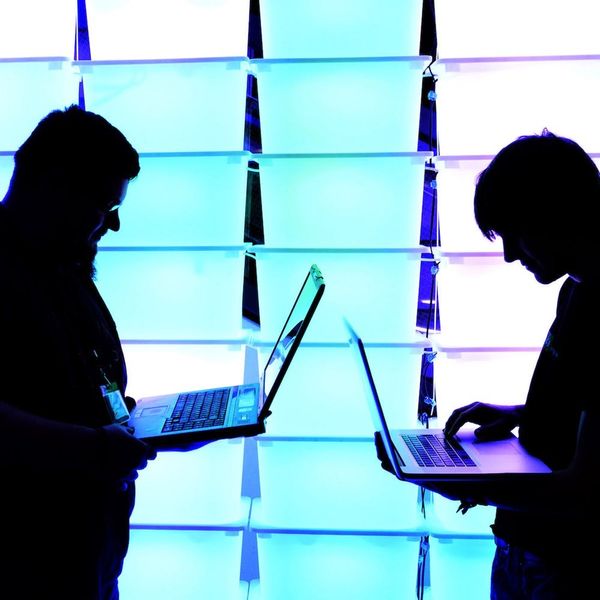 Yesterday’s massive cyber attack, which took down internet giants such as Twitter, Netflix, Spotify and the like, has left people (us included!) frantically searching for answers after hackers deployed a DDoS (distributed denial of service) on internet services firm Dyn in the early hours of Friday morning. Wreaking havoc on our most beloved go-to sites, the attack was a beast unlike any we’ve seen. Almost as soon as engineers managed to stop it, a second attack took place, crippling our internet powers once more. Access to Dyn’s long list of clients was (finally, FINALLY!) restored, but many questions still remain: namely, what the hell just happened, and, perhaps more importantly, whodunnit? Here’s what we know so far.

According to Fortune, the attack was carried out by hijacking something called the Internet of Things (which is, essentially, a network of interconnected devices that are able to exchange data with one another, such as cameras and DVRs) to carry out the DDoS. Hackers used the Internet of Things to flood the Dyn system with “fake” signals, thereby rendering it unable to process its normal signals and be effective.

Echoing this fact, FlashPoint confirmed that hackers used Mirai malware (a virtual virus robot) to target the Internet of Things, which allowed them to “enslave vast numbers of these devices into a botnet, which [was] then used to conduct DDoS attacks.” Uh, yikes?

It’s interesting (and frightening) to note that the Mirai malbot software used was actually made public earlier this month. That makes hunting down the perpetrators all the more difficult, because, well, the entire world had access to it. We have since discovered that “most of the components involved were made by one company, China’s XiongMai Technologies.” Could that serve as a clue? That remains to be seen.

The reason for the attack is also a big question mark, but several theories have since surfaced. Some believe the hackers had blackmail plans and simply wanted money. Others have said the attacks were a form of protest orchestrated by supporters of WikiLeaks founder Julian Assange (who is now in exile in Ecuador) because his access to the Web was recently cut off.

Mr. Assange is still alive and WikiLeaks is still publishing. We ask supporters to stop taking down the US internet. You proved your point. pic.twitter.com/XVch196xyL

Meanwhile, others still are pointing the finger closer to home. IBTimes UK spoke with Adam Horsewood, Senior Security Consultant at MWR Infosecurity, who said: “The attack on Dyn could well be a form of advertising. Dyn provide a DDoS defense service, protecting clients from the very same sort of attacks that they are now suffering.”

While any of these theories could prove feasible and are certainly food for thought, we have no idea which one is actually correct. It IS safe to say that it might be time to be a litttttttllle bit more careful regarding our internet activity, and to make backup plans for necessary services where we can. Internet vacation, anyone?

What’s your take on the recent cyber attacks? Tweet us @BritandCo.

Barbara Pavone
Barbara Pavone is a pop culture-obsessed writer based in beautiful (but ridiculously cold) Montreal, Canada. When she's not working, she's sipping on a Pimm's Cup and daydreaming about her celebrity hero, Saint West.
Tech
More From Tech