6 Inventions from The Jetsons That Are Totally a Thing Now 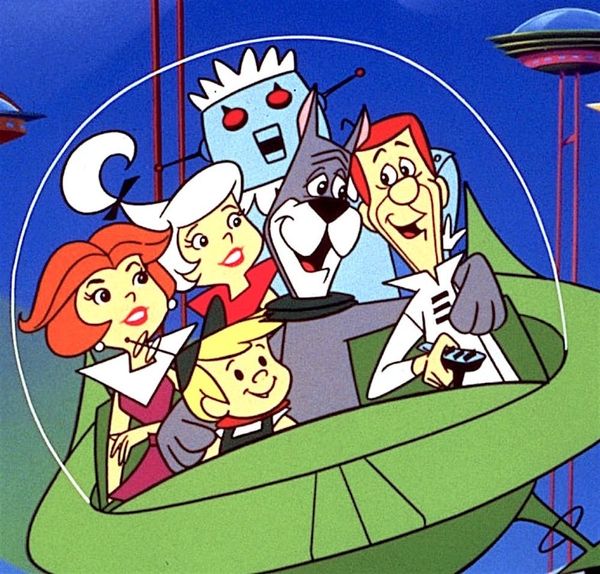 The Jetsons premiered on September 23, 1962, and has become one of those classic cartoons permanently engrained in our collective childhood memories. The show depicted an average 21st century American family living in the highly technologically advanced year of 2062. Here we are in 2016, and we’re actually closer to the year the fictional Jetsons lived in than the year the creative TV show debuted (only 46 short years from the future ’62 vs 54 from the old ’62). While certain pieces of Jetson tech have never quite been realized and likely never will (like Jane Jetson’s ability to face swap), there are lot of other gadgets and innovations that the beloved cartoon accurately predicted.

1. TV Watch: The Jetsons‘ creators invented the smartwatch back when Steve Jobs was but a boy — or a version of the smartwatch, anyway. Elroy’s pal had a timepiece that he could use to watch the latest episode of The Flintstones (great plug for your other show there, Hanna-Barbera ;) that came with a colored screen and everything. While it definitely bears more than a passing resemblance to the Apple Watch, we don’t have streaming abilities on our watches (yet). Hey Netflix, what do you think?

2. Rosie the Robot: We’re entering a new age of AI, with Google’s artificial intelligence AlphaGo recently beating the world champion of Go, an ancient Chinese strategy game similar to chess — a feat that had previously been thought impossible — due to the deeply intuitive nature of the game. While we may not have a robot nanny/maid/life coach-in-one like the Jetsons’ Rosie, in 2016, we have all the separate components to make our own Rosie should we choose. We’ve got the Roomba for cleaning, there’s Buddy the companion robot — who we got to meet at CES this year — and well, Siri to talk some sense into us at times.

3. Food-a-Rac-a-Cycle: The Jetsons had a Food-a-Rac-a-Cycle that could pretty much spit out presumably delicious food with the few pushes of a button — whether it was bacon, beef stroganoff or whatever it was that you fancied. While that doesn’t QUITE exist yet, we’re closer than ever with 3D printed foods and candy that quite literally comes right out of a machine. Next up, hot foods.

4. Video Chat: The Jetsons pretty much video chatted whenever they needed to communicate with one another. While we thankfully still have audio-only convos (because TBH, who is camera ready 24/7?), but with apps like Skype and Apple’s own FaceTime, this technology is our reality. Welcome to the future, guys.

5. Peek-a-Boo Prober Capsules: Back in episode 15, George Jetson got a physical where he swallowed a tiny pill that then sent images to his doctor’s computer. Surprise! That’s totally a real life invention nowadays, only it’s known as a PillCam, and it doesn’t transmit in color like the one in The Jetsons. After you swallow the tiny capsule, the camera will take several pictures from inside your gut, which is incredibly helpful for endoscopies and helping to diagnose small bowel bleeding and other gastrointestinal issues. Science!

6. Flying Cars… Kinda: To get from point A to point B, the Jetsons relied on a series of pneumatic tubes, jet packs (real) and flying cars, of course. So we’re still a ways off (okay, a long ways off) from having flying freeways like the ones depicted in the TV show, but we are getting closer and closer to market-ready human flying drones — like the EHANG 184 that showcased at CES 2016 in Las Vegas. Before tackling flying cars, however, we’re likely to see self-driving cars first. Current predictions estimate that the first semi-automated self-driving cars will be hitting the streets in 2020.

What do you think about our progress? Tweet us @BritandCo!