Here’s Why Chelsea Clinton Is Sticking Up for Kellyanne Conway 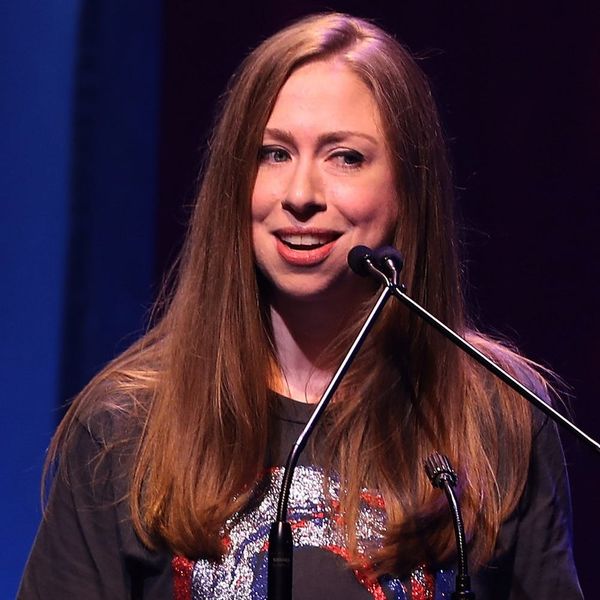 Potential political hopeful Chelsea Clinton has made no bones about the fact that she doesn’t always agree with President Trump and members of his administration: In fact, as recently as last month, she was going at it via Twitter with Trump counselor Kellyanne Conway over claims surrounding an event Conway referred to as the “Bowling Green Massacre.”

Yesterday, however, Clinton put her differences with the presidential aide aside to come to her defense over a matter she called “despicable.” At a media dinner Wednesday night, several members of Congress, including Senator Tim Scott and US Representative Cedric Richmond, made several remarks that many perceived to be sexist.

Making reference to the social media firestorm that ensued after Conway was photographed with her feet on White House furniture, Scott made lewd associations between Conway and Clinton’s father and former President, Bill Clinton, while Richmond took things a step further, reportedly saying that Conway “looked familiar in that position.”

Here's the statement from Rep. Cedric Richmond on ~the joke~ he made about @KellyannePolls last night at the congressional dinner. pic.twitter.com/Xuyck0egKw

Though Richmond has since released a statement to clarify his words, saying that “Where I grew up saying that someone is looking or acting ‘familiar’ simply means that they are behaving too ‘comfortably,’ Clinton felt the remark was deserving of a more personal apology, and took to social media to say so.

Despicable. I hope @KellyannePolls receives the apology she deserves-certainly never thought I'd write that & I mean every word. https://t.co/NmvFwNL21d

Conway graciously accepted her olive branch, thanking Clinton for speaking out as “strong women” and “moms of Charlottes” with a reference to Clinton’s own daughter, who was born this past June.

Thank you, @ChelseaClinton. As strong women, as moms to Charlottes…appreciate you speaking out on this. https://t.co/rxBnXq553t

It’s not the first time Clinton has stepped outside her own political circle to speak up on behalf of the opposing party. You might recall that back in September, she vowed to remain friends with Ivanka Trump regardless of the election’s outcome, and that she has also spoken up against those with intent to bully Trump’s 10-year-old son, Barron.

We’re so glad to see that despite any political differences these ladies may have, they can still take time out to respectfully acknowledge one another and maybe even find some common ground.

Are you happy to see Chelsea standing up for what she believes is right, despite her opposing political beliefs? Share with us @BritandCo.