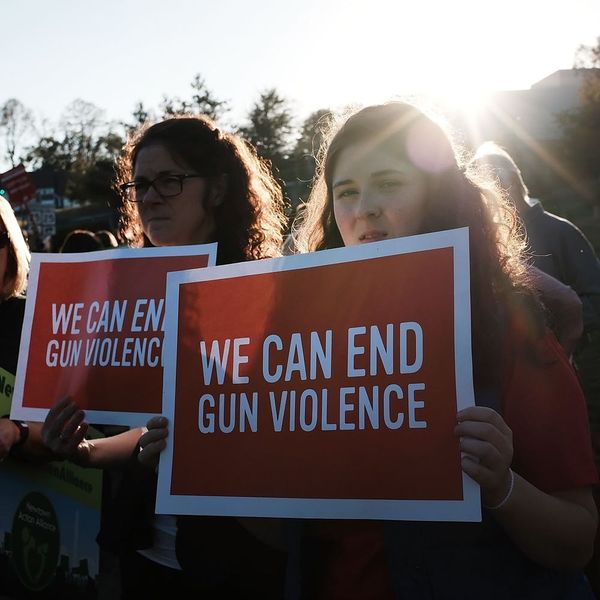 Two students are dead and over a dozen more injured following a shooting at a Kentucky high school.

A 15-year-old girl died at the school, and a 15-year-old boy died later in a Nashville hospital where he was among six students being treated for shooting injuries.

A 15-year-old student at Marshall County High School in the small town of Benton, Kentucky opened fire at the school at approximately 8am CST on Tuesday. He will be charged with murder and attempted murder, according to the New York Times.

The shooting took place before class began in a common area of the high school. The FBI and the Bureau of Alcohol, Tobacco, Firearms, and Explosives were dispatched to the school to investigate.

The Louisville Courier Journal reports that, according to Marshall County Attorney Jeffery Edwards, the gunman did not appear to target specific people.

“To walk in, the backpacks laying around, the phones laying around, going off … it’s indescribable,” said Edwards. “I’ve been doing this for 25 years. It’s not like anything I’ve experienced in my life.”

This is the second mass shooting in the area in just over 20 years. In 1997, a 14-year-old killed three people and injured five more during a prayer circle at Heath High School, located 35 miles away from Benton in the town of West Paducah.

This is something that has struck in the heart of Kentucky,” Lt. Michael B. Webb of Kentucky State Police said at a news conference Tuesday. “It’s not far away; it’s here.”

Tuesday’s shooting was the second school shooting this week; on Monday, a 15-year-old girl in Italy, Texas was sent to the hospital after being shot by a 16-year-old male classmate.