Hilary Duff Is Pregnant With Baby #2! 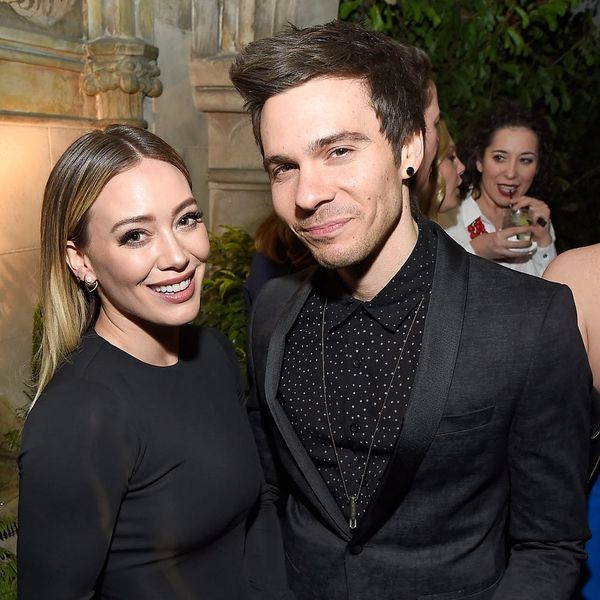 One day after Haylie Duff’s baby announcement, her sister, Hilary Duff, has an exciting announcement of her own. The actress is expecting her second child, a baby girl, with boyfriend Matthew Koma.

The Younger star took to Instagram on Friday, June 8, to share the happy news. “Guess what, guys! @matthewkoma and I made a little princess of our own and we couldn’t be more excited!!!!!!” she captioned a photo of herself and Koma.

The singer-songwriter shared the same pic on his own account, writing, “We made a baby girl! She will be as beautiful and sweet as her mother… @hilaryduff another incredible chapter begins.”

Duff is already the mom of a four-year-old son named Luca, whom she shares with ex-husband Mike Comrie. This will be her first child with Koma, her on-off love of more than a year. The two dated and broke up a couple of times before reuniting last fall, and they’ve been together ever since.

“Timing is such a big deal… third time’s a charm!” she said of their rekindled romance in December. “I think that you have history and a past with someone, and love, and just because it doesn’t work out the first time, the second time, as long as there’s not too much damage done, then it can always work out again.”

More recently, in April, the former Disney Channel star got real about being a working parent, telling E! News, “I don’t always balance it all, I do the best that I can, and some months are crazier than others. I’m a mother first, so [Luca is] always my number one priority. And then my decision-making process is like, ‘Hey can I make this work? Is he going to get enough of what he needs from me?'”

She also revealed that it does indeed take a village (or a whole lot of help) to keep things running smoothly. “I think that I’ve been doing this for a while so I do have a strong work ethic and I have a lot of people around me that help keep my schedule straight and plan and know where my priorities lie. So it’s a little bit of a collaborative effort too.”