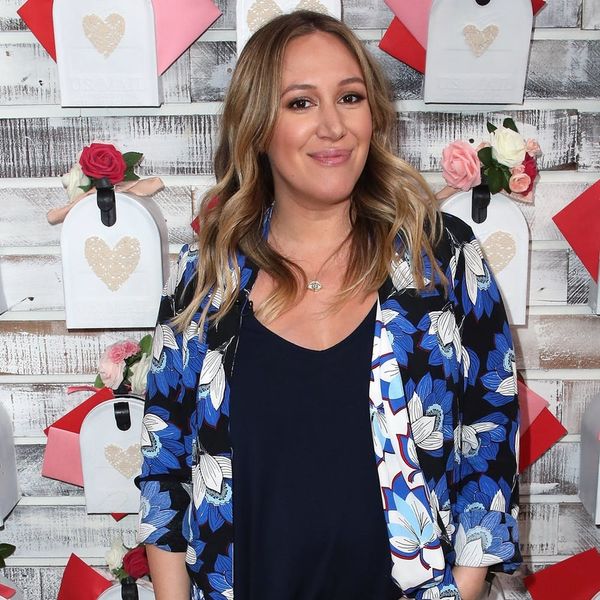 Haylie Duff is officially a mom of two! The Real Girl’s Kitchen foodie announced via Instagram on Thursday that she and fiancé Matt Rosenberg welcomed their second child, a baby girl, whom they named Lulu Gray.

“She arrived June 5th, and brought all her magic with her!” Duff captioned an adorable Instagram pic of the newborn with the couple’s 3-year-old daughter, Ryan. “Ryan is the happiest big sister and we are finally a family of 4! Meet our littlest one…Lulu Gray Rosenberg!”

Duff shared a few more photos of the sisters sharing some snuggles on her Instagram story. Ryan, who was born in May 2015, wore her best princess attire — a purple gown and pretty bejeweled tiara — to meet her baby sister, and in one pic, she can be seen reading her new sibling a book called Welcome Baby.

Duff and Rosenberg first revealed in January that they were expecting their second child, with a little help from Ryan to announce the news. “Round 2!” Duff captioned a photo of the proud big sister pointing to her own belly and puffing out her cheeks. “Ryan thinks our new baby is growing in HER belly!”

At the time, Duff said that her oldest daughter was excited to be an older sibling — and judging from the first photos, we’d say she’s a natural. Congrats to the growing family!

What do you think of the name Lulu Gray? Let us know @BritandCo!