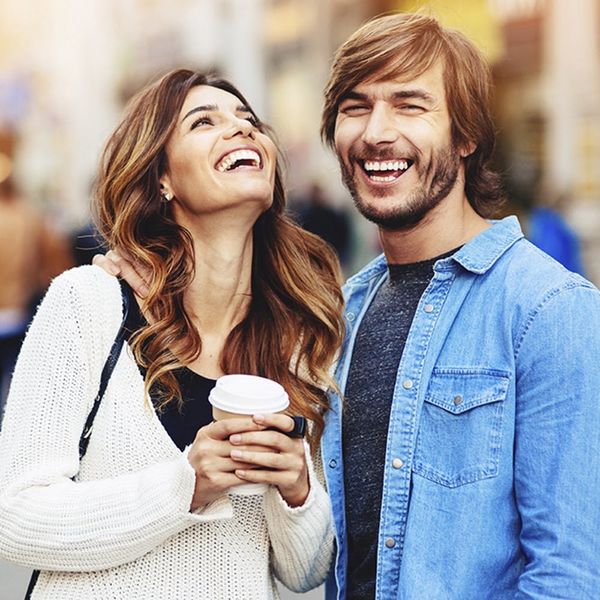 Guys, online dating is hard… and just generally kind of the worst. It only takes one bad date to realize that sometimes a dating profile isn’t super reflective of someone’s real-life personality (or appearance). If you haven’t been so lucky in the land of modern-day dating, a new study conducted by Hinge revealed that it might be in your best interest to stick it out.

Hinge, a popular dating app that connects you to potential matches through mutual friends, recently studied the profiles and behavior of 1,000 couples who met through the app and started dating within two months of meeting each other. In addition to a whole bunch of interesting info (which we’ll go into, don’t worry) they found that on average, you have to go on four to five online dates before meeting someone you actually hit it off with.

Additionally, the interactions leading up to the date proved to be very important. Couples who met through the app messaged for an average of three days and swapped about 25 messages before deciding whether or not to actually meet face-to-face. They also messaged about 16 people before finding a significant other.

So what’s the lesson to be learned here? It’s a marathon, not a sprint. And one terrible date with a dude who incessantly raved about how much he loves to play board games with his cats doesn’t necessarily mean you’re destined to be alone forever.

What’s the craziest online dating experience you’ve had? Share your story with us here for a chance to have your story shared in an upcoming article.