So… Exactly How Much Coffee Is Too Much? 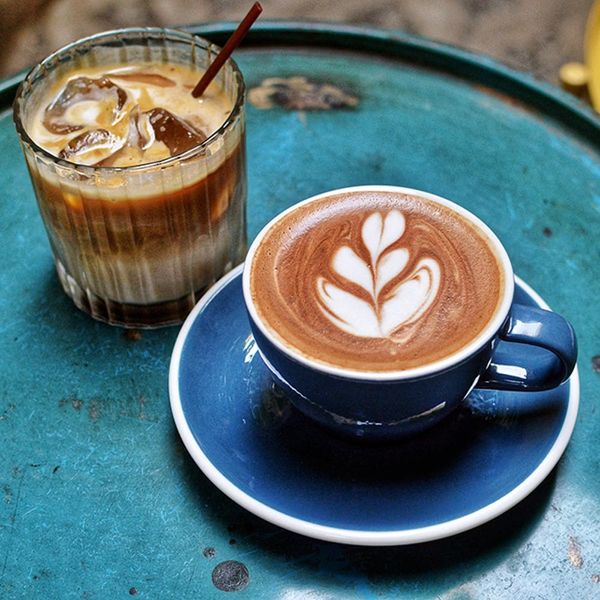 These days, it seems you can hardly go a day without encountering coffee in some form. Everyone’s favorite caffeinated liquid is everywhere in our culture: As fuel for work and social gatherings, as a rite of passage into adulthood, and — some would say — as our most widely accepted legal “upper.” Plus, coffee shops have become a go-to for friendly hangouts, business meetings, and first dates. So it’s not surprising that Americans are drinking more coffee than ever (with one in three young adults spending more annually on their caffeine fix than on financial investments). But sometimes, after a day of chugging from your venti-sized mug non-stop, you may wonder exactly how much is too much.

When it comes to coffee consumption and your health, the good news is that the positives far outweigh the negatives. Your average cup of joe has proven itself as an excellent dietary choice, with research revealing health benefits almost too numerous to count. Studies have linked drinking coffee with reduced risk of Alzheimer’s and Parkinson’s disease, various cancers, cardiovascular disease, and death from any cause. And despite its reputation for making you jittery and keyed up, coffee appears to improve mood, alertness, and cognitive function — when kept under a totally reasonable six cups a day. Other research found that when people bumped up their coffee intake, they experienced a significant reduction in type 2 diabetes odds — and actually increased their risk when they cut back on the java.

Coffee also contains tons of antioxidant polyphenols and flavonoids, known for their cell-cleansing, immune-boosting, and age-defying effects. Many health authorities have called coffee the top source of these beneficial compounds in the American diet. All told, according to Today’s Dietitian Magazine, “Analysis suggests that drinking several cups of coffee every day is, in most cases, likely to do more good than harm.” That’s what we’re talkin’ about!

If there are so many benefits to drinking coffee, is more always better? What’s the official recommendation for how many cups you can (or should) knock back every day? Intriguingly, there technically isn’t one. It’s the caffeine in coffee — and the cream, sugar, and other additives — that require some parameters for health. The 2015-2020 Dietary Guidelines for Americans defines “moderate” caffeine consumption as up to 400 milligrams (or three to five eight-ounce cups of coffee) per day. In general, a single cup can set you back anywhere from 95 to 165 milligrams, but the amount of caffeine in any given drink varies by species of bean. And it’s important to remember that a cup is eight fluid ounces, not a Starbucks tall (which, for the record, contains 235 milligrams).

It’s also worth noting that you may not be taking in caffeine from coffee alone. Other foods and beverages like tea, chocolate, and energy drinks can all contribute to your daily total — so if you’re a tea hound or chocoholic as well as a coffee fiend, you may need to be extra mindful about your consumption.

For most people, three to five cups of joe a day is well within a healthy range. But there are a few health conditions that can alter this recommendation. The March of Dimes advises pregnant women not to exceed 200 milligrams of caffeine per day, and some people with acid reflux or GERD find coffee elevates the acid levels in their stomach, irritating their digestion. Also, if you take certain medications, like ephedrine, echinacea, and some antibiotics, you’ll want to talk to your doctor about how they mix with caffeine.

Symptoms of Too Much

Still wondering if you could be overdoing it with the lattes morning, noon, and night? Check in with your body for signals that enough is enough. If you experience symptoms like racing heart, anxiety, insomnia, or digestive distress, or if you’re just tired of running to the bathroom every 30 minutes, it may be time to cut back.

According to the International Food Information Council, despite our national obsession with coffee, “The reality is that very few Americans consume more than 400 mg caffeine per day.” A government-sponsored health survey taken from 2007 to 2010 revealed that less than five percent of women and less than 10 percent of men outpace the daily caffeine recommendations. So, is it possible to get too much caffeine? Absolutely. But are you among those who need to cut back? The answer probably lies in an assessment of your own habits and symptoms.

Sarah Garone
Sarah Garone is a mom, wife, nutritionist, and freelance writer in Mesa, AZ. She loves music and travel, speaks fluent German, and does a lot of running (to counterbalance the surprising amount of cookies she eats for being a nutritionist). Find her sharing great recipes and helpful nutrition info at A Love Letter to Food.
Coffee
Health
Coffee Healthy Living Womens Health
More From Health