How Staying Home Became the New Going Out 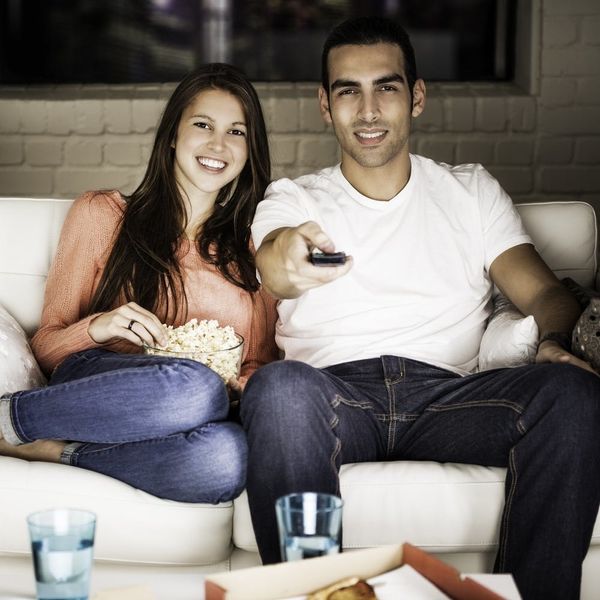 You call yourself a homebody — you’d rather spend a weekend checking movies and TV shows off your streaming binge list than going out to parties, and you’d prefer testing out recipes in your own kitchen to going out for a fancy restaurant dinner. Own that chill lifestyle, girl — it’s totally cool. If you thought you were the president of the Stay Home Club, though, you’d be wrong. That title belongs to Olivia Mew, and yes, the Stay Home Club is very real.

Shortly after finishing art school, Olivia found herself trying to do it all. She’d been working an office job in order to help put money away, but she spent evenings running and producing for various Etsy shops in order to keep her creative skills fresh. Her goal was to save enough cash to be able to leave her nine-to-five and go out on her own as a full-time illustrator, and her various enterprises left her with little time for going out and socializing. Olivia’s hard work paid off. She met her financial goal within just a few months, allowing her to focus solely on her own company — a lifestyle brand called (you guessed it) Stay Home Club.

“Starting Stay Home Club was literally my attempt at beginning a career where I worked for myself — at home — so staying home has really been a form of hustling for me,” Olivia says. “I’ve always been inspired by the concept that you can put a bunch of solo effort into something and make it happen — that you could find a niche for yourself in the world and make your own job.”

Although SHC no longer technically runs out of Olivia’s home (due to its success, it now operates out of a more traditional office space), the brand is still steeped in its founder’s love of personal pursuits and down time. In the four and a half years since launching her company, Olivia says she’s realized that — contrary to what she’d once believed — she’s far from alone in her love for cozy nights and weekends in. As a result, a real community has formed around her brand.

“The brand exists mostly in the online realm where like-minded people can gather virtually,” she says. “It’s a kind of ‘alone togetherness’ we share, where we can all be part of the ‘club’ without having to deal with the unpleasant parts of socializing. It’s a sense of belonging to something that feels good.”

Beyond a virtual community, Stay Home Club offers a range of thematic merchandise in its shop — shirts with sayings like “Sad Songs” and “Happy Alone” (and, of course, the name of the club), canvas bags printed with “Emotional Baggage” and “Sad Sack” and more.

According to recent research, there are plenty of millennials who can relate to the message of Olivia’s brand. A 2016 survey by MediaPost found that 72 percent of millennials and teens would rather stay in than go out on the weekends. The group most likely to stay home was respondents between the ages of 21 and 24 — 79 percent of whom said they would opt out of partying given the choice. MediaPost attributes this trend to three primary factors — an increasing preference for all things screen-related, a general disinterest in nightclubs and renewed interest in saving money. Overall, the young people surveyed preferred lower key experiences that cost less, especially to the extent that those less expensive habits allowed them to save up for bigger ticket items like travel.

Olivia thinks that the internet has inspired much of the trend toward staying in. “That fact that the internet has made socializing, entertainment, takeout food and more accessible from the comfort of your sweatpants or bed is pretty hard to deny,” she says. “From the couch, the thought of going out tonight seems unnecessarily expensive, exhausting and uncomfortable.”

While she may be the leader of the official Stay Home Club, Olivia is hesitant to label staying home as “cool.” She says it’s simply a personal preference, but if the data from MediaPost is any indication, it’s the personal preference of a growing number of young people — and thanks to Stay Home Club, at least all of the proud homebodies of the world now have the accessories they need to share their love of staying home with the outside world.

Alli Hoff Kosik
Alli Hoff Kosik is a freelance writer who is passionate about reading, running, rainbow sprinkles, her lipstick collection, watching embarrassing reality TV, and drinking pink wine. She lives in Brooklyn with her husband and (in her dreams, at least) three golden retriever puppies. Listen to her talk books on The SSR Podcast.
Relationships