How to Deal With Everyday Awkward Silences 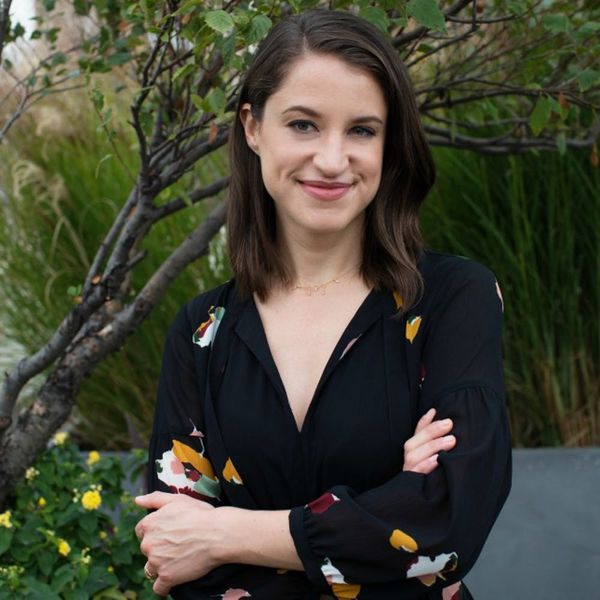 Have you ever felt so awkward that you wished the floor would open up? Maybe you were on a date with your crush or blindsided by a tough question while interviewing for the job of your dreams. Either way, there’s no need to suffer in silence. Melissa Dahl, The Cut science editor and the author of Cringeworthy: A Theory of Awkwardness ($27), recently introduced us to the idea that you can actually make those awkward moments work for you.

According to Dahl, how quickly we respond to each other plays a huge part in how comfortable we feel. “Back in 2011, researchers in The Netherlands published this great study on awkward silences, which found that silence in a conversation starts to feel uncomfortable around the four-second mark,” she explains. “That might not seemtoo long, but consider this: Most of the time, we respond to each other within one-fifth of a second!”

Dahl expands, “When a conversation flows, it’s a signal that you’re being accepted by this other person. You belong. An awkward silence, then, signals the very opposite. It functions like a miniature version of the silent treatment, a warning signal that you’ve said or done something weird and are thus in danger of being ostracized. This helps explain why these pauses can feel so excruciating. But the truth is, once you understand their power, you can use it to your advantage, either to end the awkwardness or to wield it like a superpower.”

1. On a Date: Whether you’re out with your crush or meeting someone for the first time, the last thing you want to do is make the other person feel uncomfortable. “You’re nervous, and presumably your date is too,” Dahl says. “Since you understand the existential terror of the awkward silence, you’re obligated to end it as soon as you can.”

What to do if stress-inducing silence does occur? “I use, ‘so, what else is going on?’” Dahl tells us. “One of my best friends uses this phrase whenever we reach a conversational lull, and there’s something about it that invites the conversation to go a little deeper.” Dahl says that the open-ended nature of the question always leaves her talking about what she’s been thinking about during the week. “On a date, this could be used as a fast track toward really getting to know each other,” she offers.

2. On a Phone Call: “They say the phone call is dying, making way for texts and video chats instead, and I say good riddance,” Dahl says. “Awkward silence is inevitable on the phone, in particular on a conference call; without the cue from each others’ facial expressions, it’s hard to judge whose turn it is to talk.” Too true!

Dahl says the best way to use phone silence is to simply withstand it, but without letting it freak you out. “If it’s a work call, do your homework and prep adequately beforehand. Then, when on the call, say what you want to say, and say it with conviction. Have the confidence to not be weirded out by the silence that follows. For once, you’re (probably) not the cause of the awkwardness.”

3. During a Hard Conversation: Talking about tough topics can be scary, emotional, and uncomfortable — and more often than not, these kinds of convos come with eerily quiet moments as each person processes what they’re thinking and feeling. Dahl reminds us that we have more power over our emotions than we might think we do. “For example, one Harvard Business School study showed that when people reframe their nerves as excitement, it helps them perform better on a scary task, like public speaking or karaoke,” she shares.

To make silence work for you in this scenario, Dahl suggests seeing if you can manage a similar shift. “You can reframe the awkwardness so that you don’t understand it as being negative. It’s uncomfortable, true, but that doesn’t necessarily mean it’s bad. The tension can better be understood as confirmation that this is an important conversation worth having.”

How do you deal with awkward silence? Tell us on Twitter @BritandCo!

Krista Gray
Krista Gray is a web producer and freelance writer who lives in San Francisco. When she's not working with clients through her company GoldSquare, she loves reading, traveling, and learning new things.
Adulting
Relationships
Adulting Books Career Advice Relationship Advice Self
More From Relationships