According to This Survey, Love at First Sight Is More Common Than You Think 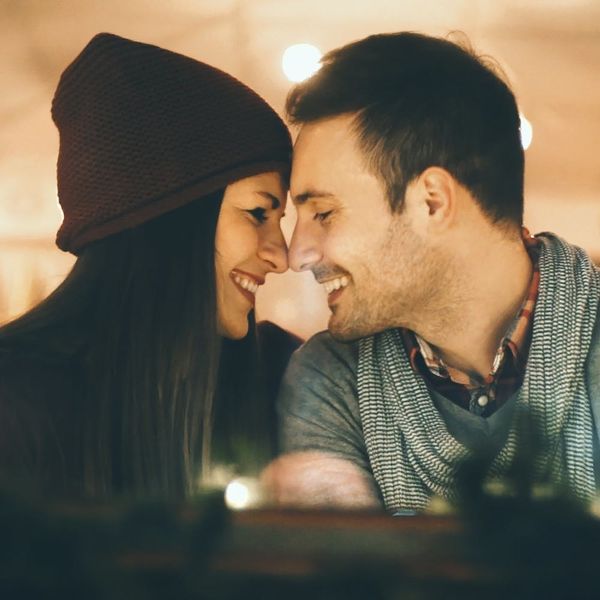 Shortly after announcing his engagement to actress Meghan Markle (read: shortly after we lost our minds with excitement), Prince Harry melted hearts worldwide when he admitted he’d experienced love at first sight with his now fiancé. There are few things we love more than a public and oh-so-swoon-worthy declaration of love, and if you add in the fairy-tale idea of love at first sight? Game. Over. According to data from online dating giant Match. com, Prince Harry isn’t the only man who believes in — or who has experienced firsthand — love at first sight.

In early 2017, the Match team conducted their annual Singles in America survey, interviewing over 5,000 unattached men and women about what it means to be single in today’s world. When Prince Harry shone a light on love at first sight last month, Match decided to revisit the data they’d already collected on the concept. What they found — and what we’re happy to report — is that this level of romance doesn’t seem to be exclusive to the royals. According to the findings from Singles in America, 34 percent of singles have experienced it themselves.

What’s especially interesting here is that single men seem to have more experience with and belief in love at first sight than single women. Forty-one percent of the single guys surveyed have experienced it — compared to just 29 percent of women — and more than half (59 percent, to be exact) believe that it’s real. Among single women, 49 percent believe in love at first sight.

Match dating expert Rhonda Richards-Smith says that these results don’t surprise her, despite the fact that men often have an apparently unfair reputation for being less romantic than women. Men, she tells us, are more likely to associate an immediate connection with someone with love, while women might be quicker to chalk it up to lust.

“While it’s true that men are very visual when it comes to attraction, they can also be incredibly concrete,” Richards-Smith says. “It is not uncommon for men that have historically shied away from serious, committed relationships throughout their adult lives to meet someone and instantly believe they’ve met the perfect match. While women can and do experience love at first sight, the way a man chooses to pursue a woman is often what leads to the feeling of a true bond.”

According to Richards-Smith, men and women alike are more likely to experience love at first sight themselves if they have a strong sense of self and a clear picture of what they’re looking for in a relationship. And while these butterflies-in-the-stomach kind of immediate connections can lead to happy endings (a la Harry and Meghan), the dating expert cautions love seekers from jumping in too quickly.

“If you think you are experiencing love at first sight and are interested in pursuing it further, ensure that you have completely healed from any previous relationships,” Richards-Smith advises. “It is not uncommon for people to think they are experiencing love at first sight when instead they are simply rebounding from a recent relationship. In these cases, the fire will often fizzle out as quickly as it was ignited.”

Do you believe in love at first sight? Have you experienced it? Tweet us @BritandCo!

Alli Hoff Kosik
Alli Hoff Kosik is a freelance writer who is passionate about reading, running, rainbow sprinkles, her lipstick collection, watching embarrassing reality TV, and drinking pink wine. She lives in Brooklyn with her husband and (in her dreams, at least) three golden retriever puppies. Listen to her talk books on The SSR Podcast.
Dating
Relationships
Dating love