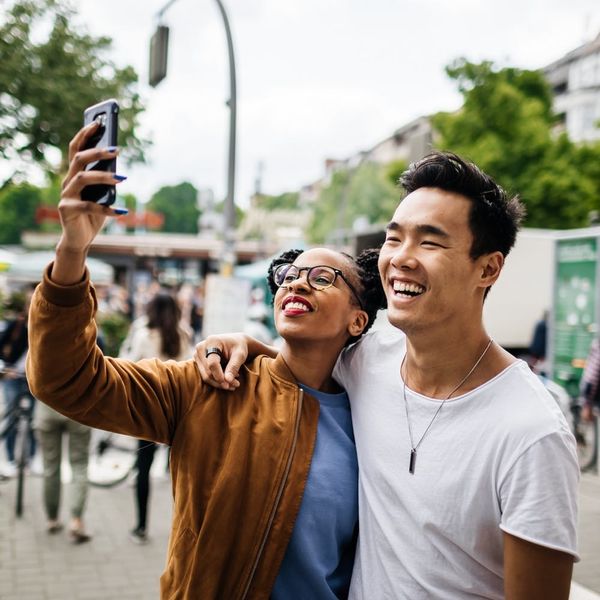 Eileen is a Korean-American photographer who lives in Paris with her boyfriend, a French native. Aside from cultural and familial divides, the pair — on paper — seem to have very little common. Professionally, the couple also lead very different lives. “I’m freelance so I can organize my day however I want to. I can take a vacation in the middle of the week,” Eileen says. “He has a classic office job, a nine-to-seven type of profession. It was really hard for him to understand why I didn’t work on some days, and he saw it as laziness at first.”

Opposites have been attracting through the ages: the introvert and the extrovert, the artist and the logician, the world traveler and the homebody. As French-Swiss author and political thinker Madame de Staël once said, “In matters of the heart, nothing is true except the improbable.” In the early, electric stages of getting to know someone, these differences can be enticing, but all too often, these same lifestyle differences can end up driving a couple apart.

According to Rachel A. Sussman, a New York City-based licensed psychotherapist who specializes in relationship counseling, “Research does show that the more a couple has in common, the greater the probability that the relationship is going to work out. Yet, I’ve seen couples who are opposites handle it really well.” She is quick to add, “I’ve also seen couples who are opposites handle it really poorly.” However, there are ways in which two very different people can mitigate the divide and actually find happiness.

1. Accept who they are. “The most important thing is, you’re not going to change your partner,” Sussman says. “And you should not get into a relationship to try to change someone.” In the example of the creative and the stable office worker she says, “Obviously there are things that you admire and like about each other off the bat. Now, when things go wrong, the [office worker] will say to the artist, ‘You’re not starting work until five o’clock tonight? What are you doing all day?’ and maybe shame them about how they handle their finances. That’s when it becomes a problem and when I get called in.”

2. Show respect. “The couples that handle it well keep a respect for each other’s lifestyle choices,” Sussman says. And having a sense of humor about your differences helps — however, one that is always respectful and never mean-spirited.

3. Maintain interest. Acceptance doesn’t mean your disparities become trivial or no longer require attention; rather, they become an ongoing opportunity to learn about and from one another. “If it’s going to work, you’ve got to keep that dynamic of having an interest and curiosity about the other person as opposed to looking at it as a problem,” Sussman says.

4. Find common ground. When conflicts arise, it’s important to remember what you do share. For couples who seek her services, Sussman says, “I try to get them to focus on what they have in common first. Make a list of what you have in common and is working for you.” Sussman also suggests making a separate list of what isn’t working, and while you and your partner are hashing out those issues, also taking some time for self-examination. “Ask yourself, ‘Why is that a problem?'”

5. Don’t accuse. “Listen, don’t be defensive. If you want to bring up something about your partner’s lifestyle that’s bothering you,” she tells us, “bring it up in a non-judgmental way, and don’t accuse them.” A good tool to utilize during these uncomfortable discussions is what Sussman calls “I”-statements such as “I feel,” “I’m worried,” or “I’m concerned.” And if these disagreements get heated, as they often do, don’t be afraid to cool off and revisit later. “You can say, ‘This isn’t going well. Why don’t we take a step back and both think about what we’ve said to each other, and let’s talk tomorrow,'” she suggests. Writing a letter to one another can also be a great method to communicate your points if talking is hard. However, Sussman cautions that the letter should be motivated by finding a solution rather than used as a self-serving tool to double-down on your argument.

6. Have empathy. You have to understand and empathize with your partner’s limitations. A common issue Sussman sees in her office is when an introvert is dating an extrovert, and it sometimes results in a clash over just how much socializing is too much or not enough. “Introverts charge their batteries by staying at home, and extroverts charge their batteries by interacting with other people, and it’s very important for them to remember that,” Sussman says. “Some introverts also have social anxiety, so you have to have compassion for each other’s position.”

7. Set rules. It also helps for two people to lay out ground rules that both feel comfortable adhering to. For example, the introvert will accompany the extrovert to two large group socializations a month, and the extrovert won’t push their partner for more. In another example, the artist will respect their partner’s sleeping schedule by maintaining set quiet hours, and the office worker won’t make comments about the artist’s schedule.

8. Know your partner will evolve over time. “You are supposed to change over time. That’s a good thing, but that being said, relationships can get in trouble over that,” Sussman says. “I’ve had a lot of couples say to me, ‘He or she is not the same person as when I met him or her 10 years ago,’ and what I always say is, ‘Well, you’re not supposed to be the person you were 10 years ago. But do you have what it takes to work through this?’ And again, it’s can you have empathy and compassion for each other’s positions? Can you put yourselves in each other’s shoes?”

As for Eileen, the creative, and her corporate job-holding boyfriend, despite their differences, they’re staying the course. “I think the key to being in a relationship with someone so different from you is constant communication,” she says. “Trying to help the other see it from your perspective and vice versa.”

Do you and your partner have this issue? How have you faced it? Tweet us @BritandCo!

Kimberly Wang
Kimberly Wang writes about all things pop culture, tech, style, and beauty. She's a Bay Area transplant and has an MFA in Creative Writing from Columbia University. On a sunny New York day, you can find her hanging out with her mini schnauzer Isabelle Jellybean on a blanket in Central Park.
Dating
Relationships
Dating Love Marriage Relationship Advice
More From Relationships