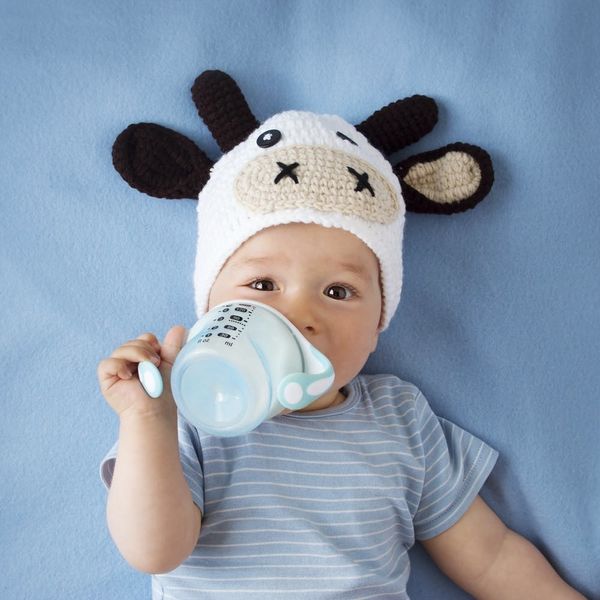 Hooray! Your infant has rounded the corner to toddlerhood and the doctor has given you the green light to introduce cow’s milk into your little one’s diet. Your tot has likely mastered finger foods already, but this is a momentous occasion on many counts. If your baby has been formula fed, you can say good-bye to stocking up on pricey canisters and bottle warming sessions. And if your baby was breastfed, you’ll be able to steal back some time for yourself instead of worrying about nursing schedules or pumping for time away from your baby. Introducing cow’s milk to your toddler isn’t always easy, but it doesn’t have to be a battle either. Here are some quick tips on how to make the transition a little smoother for both of you.

1. Mix it up and start small. Rather than pouring the white stuff straight up, start by mixing a little formula or breast milk in with the cow’s milk to sweeten the deal. If you normally feed your baby a six-ounce bottle, start by mixing one ounce of cow’s milk into a five-ounce bottle or sippy cup. Continue that new mix for the first two days and then up the ratio of cow’s milk to formula or breast milk every few days until you’re only offering cow’s milk.

2. Be consistent with temperature. Serve the new milk mix cold and serve every milk drink after that cold. It’ll be tempting to warm up the bottle or sippy cup so that the drink brings some level of comfort to your toddler, but that may be counterproductive to the change. If your toddler knows that a warm drink will appear if they hold out long enough, then that’s what they’ll learn. Teach them what you want them to understand from day one. It’ll be a little tough at first, but toddlers pick up new things fast, and the battle won’t last long.

3. Find a way around fussiness. If your toddler is performing a severe holdout to drinking milk, try mixing it into other foods. This way, you’ll at least know that your kiddo is getting the necessary vitamins milk provides. Make oatmeal with whole milk, blend milk into mashed potatoes or smoothies and use it to thicken up soups or pasta sauces.

Have you recently switched your toddler to cow’s milk? What worked best for you? Tweet us your tips @BritandCo!

Maggie Henderson
Maggie is a content marketing and advertising maven by day and a blogger by night. When she's not window shopping online, you can find her looking for inspiration on Instagram and Pinterest, traveling to new adventures, and chasing after her dog and toddler son.
Parenting
More From Parenting