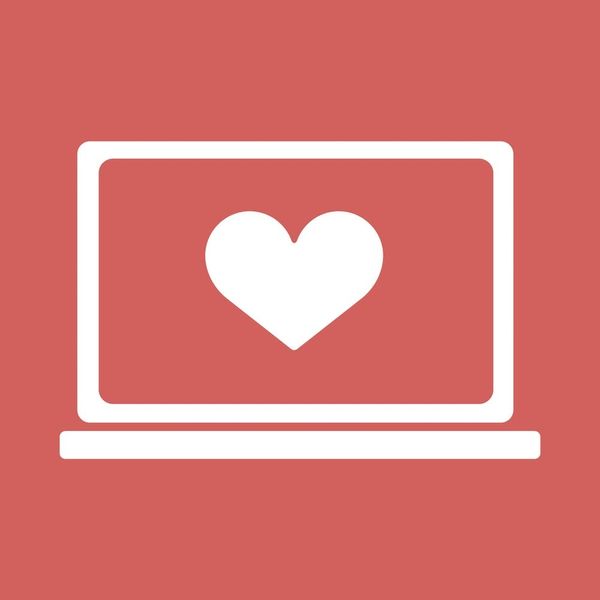 My best friend and I live almost parallel lives: We both studied creative writing in college, married our husbands soon after, and then had our first baby boys during the same summer. A little over two years later, we both got pregnant with our second boys, and ever-so-judiciously opted to start an online magazine together during the throes of the first trimester (don’t try it at home). Most importantly, we both relate to Kanye West’s first two albums on a borderline spiritual level.

But here’s the kicker: We’ve never met in person. And there’s actually something magical about it.

It all began on February 19, 2016, when Kate haphazardly defied her own personality to send me the following email congratulating me on my new job:

Kate Watson here (from Insta). I’m writing because I was reading some of your latest online offerings and saw that you’re moving to California for your DREAM JOB! We’re practically internet strangers, but I felt *so* proud of you. So freaking excited.

I relate to so much of what you say. I see you putting things out into the world that are marvelous and true. I see you dealing with quarrelsome folks with grace and genuine kindness. You’ve got that rare thing about you where you can connect with people on an intimate level and inspire them with hope instead of envy.

If you’re out in California, and you’re feelin’ kinda lonely out there, and Joan Didion essays aren’t helping… you should keep writing. Maybe write a book? You’ve got a book in you, Abramson, I can totally tell. In fact, I think it’s almost ready to come out. Anyway, you’re killing it, and my kindred spirit is proud of you.

After a few inbox volleys, I presented Kate with a true test of friendship via the following text: I don’t actually read Joan Didion, bye. Kidding. I said, Here’s my number. Send me your favorite sequence of emojis. I can’t remember which ones she messaged me, but she must have done something right because we’ve spoken literally every day since. And though we haven’t met in person (yet), Kate’s friendship has anchored me in some of the most emotional and challenging periods of my life, gifting me with a profound sense of place and belonging when I needed it most.

Her timing was, I will admit, impeccable. Moving halfway across the country is hard. Doing it with a toddler in tow is harder. After we arrived in California, I found myself feeling not only uprooted but unstable. I’ve always had anxiety, but leaving my home, city, and friends, plus going back to work after staying at home with my son, introduced me to a bitter new flavor of anxiety I hadn’t yet tasted. But, miraculously, in what could have been the loneliest time in my life, I didn’t feel alone at all. I had a friend in my back pocket — just one predictable thing to steady me in a tornado of change.

Kate came with me to the first day at my new job, infiltrating my inbox with eerily relevant Kanye lyrics. She set a timer to pray for me every day during my commute home when she knew I would be most anxious. She basically emptied out her bank account to mail me a gift on Mother’s Day because she knew I’d be missing my own mom, who had died a few years earlier. She answered my texts in the middle of the night when I woke hot and breathless, paralyzed by a fear that wouldn’t seem to leave me alone.

Kate was there, and then she was there again and again. So when days passed, and then weeks and months, I realized I wasn’t just texting a casual online friend who would drift out of my life when I acclimated to my new surroundings. The internet had given me a precious gift: a place to steady my eyes and catch my breath when the world around me moved too fast.

The next part of our friendship began when Kate and I both became pregnant the same summer, exactly four weeks apart. I wish I could explain how sick I was: I’m talking sundown to sunrise spent in the bathroom with my probably green face pressed against the toilet seat. One night at 4am, I was so sick and weak I had to go to the emergency room for fluids. My husband had to stay back with my sleeping toddler, and I couldn’t find anyone to go with me. But Kate was there. Because where she lived, it was light.

Our friendship has always been that way. Yeah, having a friend three time zones away makes for difficult Facetime scheduling. But the distance between us actually reminded me of what I needed most, the hope I’d forfeited in my isolation. To have a friend hours and miles away means having a friend on the other side of your pain. A faraway friend cheers you on from the finish line, offering you a cool drink as she reminds you what you were running for in the first place. If I could just make it three more hours that day, or just four more weeks in my pregnancy, I’d get to the safe place she’d found for us. I’d be okay. I’d take hold of my prize.

And I did. I met Miles on February 20, 2017, exactly one year and one day after I “met” my best friend. We chose our guy’s name because it’s freaking adorable and also because I am not kidding, that pregnancy felt like a million miles. A million miles I could not have run without my friend Kate standing there waiting for me at the finish line. As it turns out, wires and cables can translate love just as accurately as a real live body next to you.

If I had to cross-stitch a pillow with every brilliant lesson my friend Kate taught me, my Etsy shop would be lit. But as a barely-out-of-postpartum mom trying to stay sane and/or awake while writing articles about online friendship while simultaneously maintaining the actual friendship I’m writing about, I can think of some better uses of my time.

I learned from my friend Kate that you can be there without really being there.

That empathy can withstand the most tumultuous climates.

That there is no better shark than Mark Cuban.

That aptly timed hip-hop lyrics are truly a spiritual gift.

That dry, niche humor alongside a “but seriously, I’m worried about you” can be more potent than any medicine.

That giving of yourself can defy the physical.

That love can stretch across state lines and even time zones.

And most of all, this: that in the middle of my deepest darkness, somewhere, it’s light.

Ashley Abramson is an eternal English major whose natural habitat is any combination of words and people. She lives with her husband and two young sons in Minneapolis, MN, but you can find her on Twitter @ashleyabrmsn and on upwritemagazine.com.