How to Never Overcook Meat, Seafood, or Pasta Again, Courtesy of Ina Garten 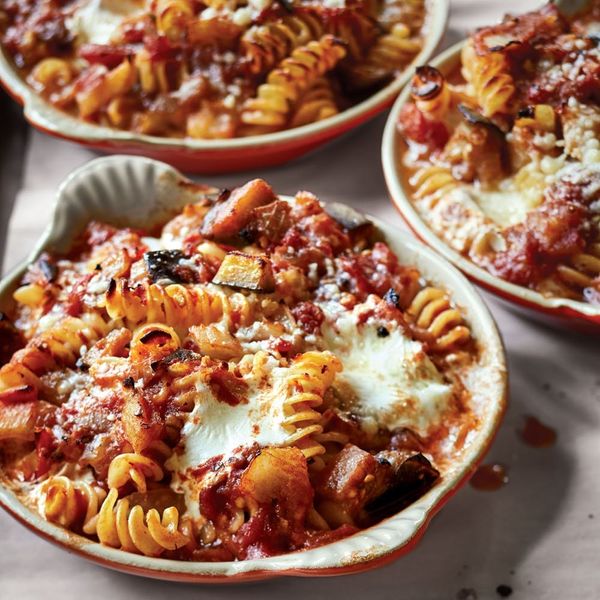 If you’ve ever spent a fortune on a prime cut of steak from the butcher, only to overcook it into tough rubber at home, you know the difference that just a minute or two can make in the kitchen. While the timing for restaurant-worthy perfection might seem like a tough code to crack, Ina Garten‘s new cookbook, Cook Like a Pro: Recipes and Tips for Home Cooks ($21), shows that it’s as simple as testing for texture and temperature.

We’ve been cooking chicken thighs with creamy mustard sauce, baked pasta with tomatoes and eggplant, and other approachable weeknight dinners from Cook Like a Pro since it came out in October. What stands out among her deliciously accessible recipes, though, are her equally important tips on how to avoid overcooking or undercooking anything from cake to lobster. In the intro for her section “Is It Done Yet?” Garten writes, “Part of the challenge of cooking is not just preparing the roast or mixing up the cake batter but also knowing when they’re perfectly cooked. We’ve all stood over a charcoal grill blankly staring at the steak and wondering, ‘Is it done yet?’ You can start with the most delicious ingredients in the world, but if you overcook the lamb or underbake the muffins, you’re in trouble!”

Read on for Garten’s tips for expertly cooked meat, seafood, pasta, and more, republished straight from her book — then grab a copy of Cook Like a Pro for 90+ recipes in which to use them.

For baking, the tests are fairly straightforward and the same for almost all cakes. First, lightly press the rounded top of the cake. Does your finger make a mark or does the cake bounce back? If it bounces back, it’s probably done. Next, insert a toothpick into the center of the cake. If the skewer comes out clean or with just a crumb or two attached, the cake is done. If you’re testing a cake that has ingredients like chocolate in the batter, you should test the cake in several places; if you hit a puddle of molten chocolate your skewer might come out wet even when the cake is done.

Testing meat is a little more complicated because its temperature will continue to rise during the resting period, as much as 5 to 10 degrees, depending on the size of the piece of meat. (Larger roasts like standing rib roasts hold more heat and will continue to cook longer.) To make sure the meat doesn’t go past the target temperature after it rests, you need to take it out of the oven (or off the grill) a little before it’s done. That’s why in my recipes the recommended internal temperatures indicate the temperature you want before the meat rests under foil.

It’s important to note that guidelines for cooking meat have changed in recent years. At one time people were afraid that rare or undercooked meat might carry diseases, particularly pork, which was associated with trichinosis. To ensure safety it had to be cooked to 180°F, which resulted in overcooked, dry meat. Now that trichinosis is no longer a danger, I cook pork to 137 or 140°F and it comes out rosy, moist, and delicious.

Seafood is generally judged for doneness by a visual test. Cooked fish will flake easily with a fork when it’s done, and shrimp will be just firm and pink. The exception is lobster, which should reach 140°F when tested in the tail with an instant-read thermometer.

And for all cooked pasta you want it to be al dente, or “to the tooth,” when it’s done, which means that it’s cooked through but gives a little resistance when you bite into it. Use the recommended timing on the package as a loose guideline and start testing it 2 minutes before that timing to make sure it doesn’t overcook.

(Reprinted from Cook Like a Pro: Recipes & Tips for Home Cooks. Copyright © 2018 by Ina Garten. Photographs by Quentin Bacon. Published by Clarkson Potter/Publishers, an imprint of Penguin Random House LLC.)

Sara Cagle
Sara is a food and lifestyle freelance writer in Los Angeles. She writes a weekly events column for the Los Angeles Times and loves writing food content for Brit + Co. After all, the English language's most fun adjectives are best applied to delicious foods. In her free time, she's a hip hop dancer, avid moviegoer, and thorough face-mask user.
Adulting
Food Adulting
Adulting Cookbookmarked
The Conversation
More From Food Adulting