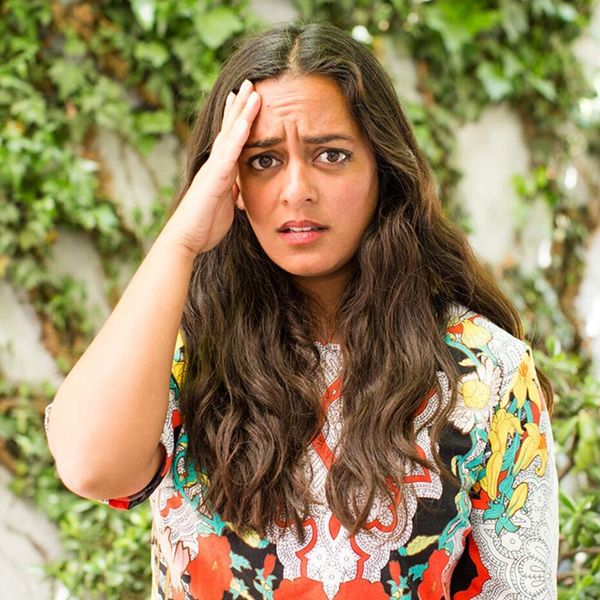 It happens to all of us. We stumble upon a brilliant idea, feel super invigorated and excited, and poof! The light bulb goes out and we lose the will to bring our idea to life. So, what happened? We talked to #girlboss Tina Seelig, an expert on creativity, Stanford professor of engineering, the inventor of the innovation engine, and a speaker at this year’s Re:Make (get your tickets to Re:Make 2015 here!) in San Francisco (whew!) to find out the biggest creativity killers.

1. Getting overwhelmed: Creative people have big ideas, but sometimes, they get so overwhelmed by the scope of their imagination, they quit before they can even figure out where to start. Professor Seelig tells us, “That’s actually the biggest problem — people getting in their own way. They get essentially paralyzed.” The trick is, you’ve got to start small.

2. Laziness: In order to get an idea off the ground, you have to be willing to experiment and put your idea through trials. “We look at things that people show the world and they look fully formed. And yet, we don’t often see the process that was required to get them there,” Tina says. “The fact is it’s a messy process, and if you only look at the finished product, you don’t see everything that went into it.”

3. Fear of failure: Too often, people give up at the first sign of failure. According to Tina, “They get so frustrated that they give up instead of realizing that the process is really filled with trial and error. That’s a really important part of the creative process.” Try recalibrating your view toward failure as gathering additional data.

4. Environments that stifle creativity: An uncomfortable, distracting space is going to result in distracted and uninspired work. It’s important to create one that encourages your creativity rather than stifles it. “When people come to Stanford and come to the D School, they don’t have to take a single class. They walk in and go, ‘Wow, I want to go to school here.’ It’s fascinating how the physical space so dramatically changes the way we feel,” Tina says.

5. Poor culture: Culture is the people and prevailing attitudes that surround you. For some cultures, “incentives are put into place for crushing ideas as opposed to stimulating them,” Tina warns. “For example, if people get criticized if they try something big and new and it fails, then everyone around is resistant to trying big new things. They’re going to do incremental little things because they’re afraid that if they do something big and it doesn’t work, they’re going to get punished.”

6. Negativity: A lot of allowing your creativity to flourish is “an inside job,” as Tina says, and having a negative attitude is a common factor that kills creativity. “You can go into any environment and look at the problems or you can go into any environment and see the opportunities,” Tina tells us. “Having that mindset that the world is full of opportunities, even as an individual, you start seeing places where you can do something remarkable. ”

7. Impatience: “Someone once asked Picasso, ‘How long did it take for you to do that painting?’ It was one of his very quick line paintings. It was a very expensive painting,” Tina tells us, “And Picasso said, ‘A lifetime.'” Creative work is a labor of love, and labors of love take time. “The fact is, it is a lifetime that goes into every single thing you do,” she adds.”It’s all of your experiences.”

8. Not prioritizing creativity: With the limited hours we each have in a day, we prioritize daily the things that are important to us. Sometimes, amidst work, family and school, we let creativity fall to the wayside, but as creatives, that’s a big mistake. Tina’s written 17 books in her career. “People often ask me, ‘Wow, how do you write books?’ There’s only one way to write a book. You write a book,” she says. “It means you make it a priority. So if you want to be creative, you need to make that a priority in your life.”

9. Keeping your work to yourself: Nobody is perfect — but as creatives, we are often brutal perfectionists. When it comes to our work, we want it to be flawless before we show it to anyone. “What ends up happening is that you end up being more committed to it, there’s the time and emotional commitment, and it’s much more difficult to get the feedback and make changes,” Professor Seelig tells us.

10. Not “killing your darlings”: Sometimes, we get too enamored with our own work, and we don’t want to toss any of it out… even if it’s just not working. “One of the big problems people have is that people have AN idea and they don’t realize that’s a problem if you have one idea,” she says. “People who are creative have an endless stream of ideas, and you need to trust that if you throw out one, you’re going to have 10 that will follow.”

What are some things that get in the way when you’re trying to create? How do you overcome them? Tell us in the comments below!

Kimberly Wang
Kimberly Wang writes about all things pop culture, tech, style, and beauty. She's a Bay Area transplant and has an MFA in Creative Writing from Columbia University. On a sunny New York day, you can find her hanging out with her mini schnauzer Isabelle Jellybean on a blanket in Central Park.
Re:Make
Home News
Re:Make
More From Home News