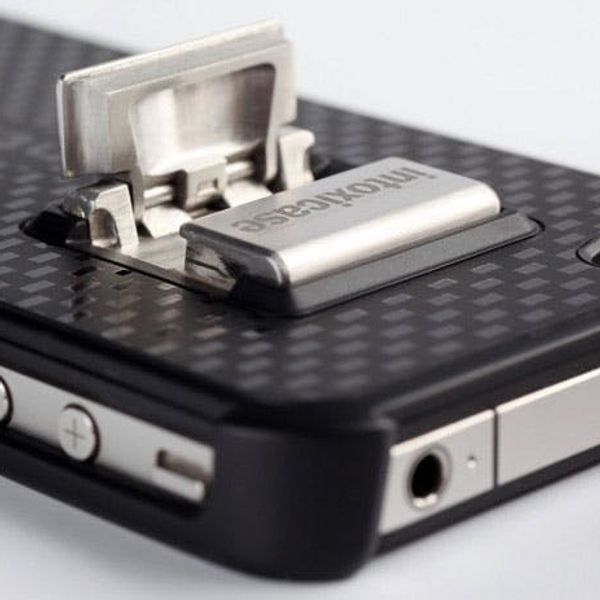 We know, we know. You’re thinking to yourself, haven’t I seen an iPhone case that doubles a bottle opener before? The answer is yes. But what about a case that opens your beer and keeps track of how many beers you’ve had through a corresponding app? Yeah, that’s what we thought. It’s time for you to meet your new favorite party trick: Intoxicase.

Intoxicase Plus is so much more than that.

Now, the app. Because we love tracking activities, we were instantly intrigued by the app part of the Intoxicase. From a blood alcohol estimator to automatic bottles-opened counter to a continuous beer log, the metrics in this app are pretty awesome. If only it had a way to automatically detect all those tequila shots…

Oh, and the Intoxicase app will also help you get home! You can drop a pin to wherever you parked if you’re playing designated driver, or you can call a cab directly from the app if you’ve had one too many. An alert will even pop up if the app thinks it’s time for you to call it a night based on consumption. Amazing.

What do you think of Intoxicase? Love or hate the idea of your beers being tallied? Talk to us in the comments below.

Anjelika Temple
As Co-Founder and Chief Creative Officer of Brit + Co, Anjelika Temple brings her voracious consumption of all things creative and colorful to DIY projects, geeky gadgetry finds and more. When she's not DIY-ing her heart out, you'll find her throwing dinner parties with friends or adventuring with her husband David, their daughters Anokhi and Indira, and their silly dog Turkey.
Home