These Illustrations Will Make You Pause Your Tech + Work Obsession 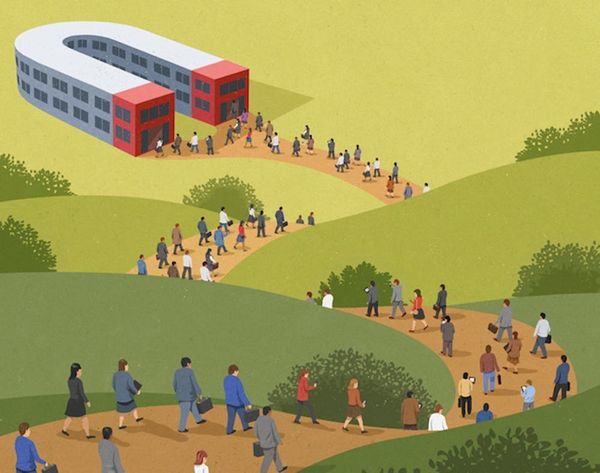 Climbing the corporate ladder, feeling like a sardine on the subway, getting indescribably stuck in front of the television, taking mental walkabouts in class… British artist John Holcroft examines these modern realities in his satirical series of illustrations.

Holcroft is inspired by mid-century style, and the illustrations have a distinctly vintage feel — almost like something Sterling Cooper would’ve commissioned for one of their clients. In these drawings, Holcroft comments on political corruption, greed, technological dependence and many more of society’s modern challenges.

Okay, we’re not going to pretend what we’re seeing is a whole lot of uplifting stuff. Instead we’re just going to slowly roll away from our desks and laptops and go lay in the park for a few hours. We suggest you do the same thing.

Any of these make you think? Let us know in the comments.