Kate Beckinsale Was Hospitalized for a Ruptured Ovarian Cyst 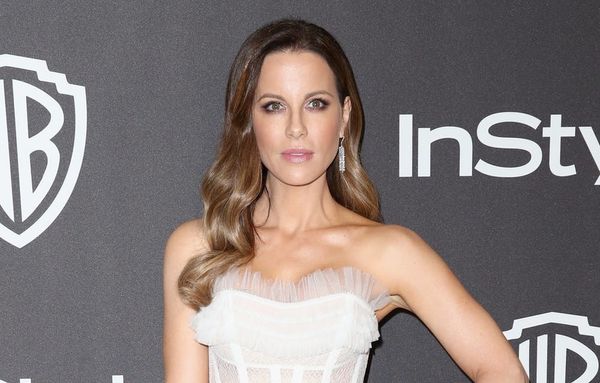 Kate Beckinsale is on the mend after revealing this weekend that she suffered a ruptured ovarian cyst and sharing some tearful updates from her time in the hospital.

The Underworld actress posted two Instagram photos on Sunday, January 27. In one, a close-up, she wears an oxygen tube in her nose and has tears in her eyes. In another, she appears to be resting on her side, surrounded by medical equipment.

“Turns out a ruptured ovarian cyst really hurts and morphine makes me cry,” Beckinsale captioned the photos. “So thankful to everyone who looked after me.” She added that she was still feeling a bit “#wobbly” at the time of writing.

She also responded to one commenter who joked about her taking selfies at a time when she was claiming to be in pain. “It’s actually not a selfie,” Beckinsale replied. “My mum took it. In fact, I would not have posted it if we had not noticed someone in a car taking a photo of me leaving the hospital in a wheelchair. I have Instagram largely to have my own honest narrative and not have to always be ambushed by stories that come out that are invented. I’d prefer to say what happened than endure speculation and so I chose to share.”

So far, Beckinsale has not shared any further updates on her recovery.

Have you ever suffered something similar? Let us know @BritandCo.