Kate Middleton Wore a Groundbreaking Silhouette for a Royal: a Minidress! 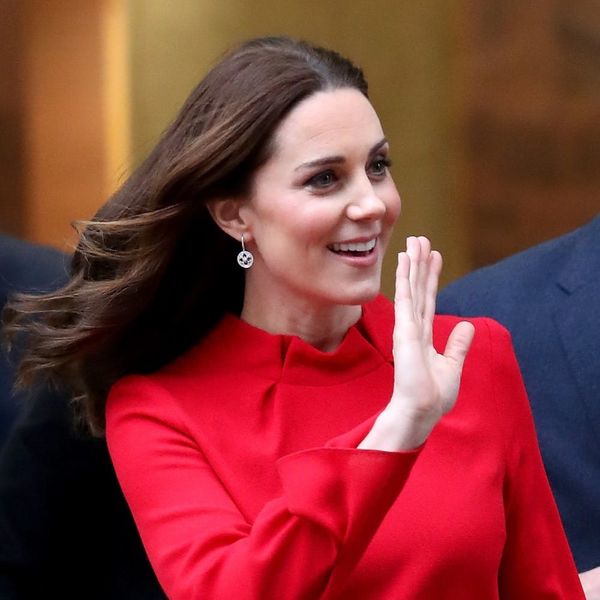 Women the world over have been in love with Kate Middleton’s style from the get-go (especially when it’s budget-friendly). For the most part, she’s stuck with very reserved, modest styles as is befitting of a royal. Lately, however, she’s been stepping out in styles that leave slightly less to the imagination.

Middleton’s latest outfit was a glen plaid coat over a bright red minidress and a pair of black tights, which she wore to Manchester to attend the Children’s Global Media Summit with her husband, Prince William.

The coat is L.K. Bennett’s Delli Check Coat ($725), and it’s already sold out in the US. The dress comes from British brand Goat. Specifically, it’s the Elodie Tunic Dress, ($620), which surprisingly is still available.

But what’s most stunning about this holiday-ready look is how short it is — at least by royal standards. Prince George and Princess Charlotte’s mum usually favors a more demure midi length to her skirts for public appearances.

Middleton isn’t the only member of a royal family to step out in something above the knee; Queen Letizia of Spain has also been spotted in shorter styles. It could be that at almost a quarter of the way through the 21st century, dress codes are finally loosening up a bit, but they definitely won’t change overnight. Who knows, though, maybe we’ll see a royal wearing colored nail polish in our lifetime.

What do you think of Middleton’s dress? Tell us @BritandCo!

Shea Lignitz
Shea can be found in the nearest bookstore or brewery, exploring the great outdoors, or blasting Led Zeppelin. She grew up in the cold and rain of Northern California's redwoods but is currently wandering around Texas.
Celebrity Style
Celeb Style
Celebrity Style Dresses Kate Middleton Royal Family