Here’s Why You Never See Kate Middleton With Nail Polish 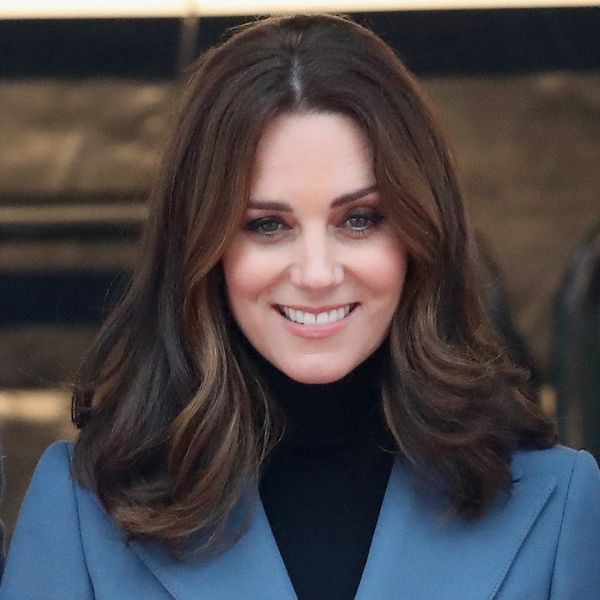 As royalty, Kate Middleton is pretty much always impeccably groomed. From her shiny brown locks to her totally put-together ensembles, the Duchess of Cambridge is rarely seen with a hair or hemline out of place. When it comes to her nails, however, you’ll be hard-pressed to find them covered in polish.

Sans for her trek down the aisle, for which she wore Essie’s pink Ballet Slipper ($9) (the one and only shade her grandmother-in-law, Queen Elizabeth, has been wearing since 1989), Middleton, 35, keeps her digits bare or in barely visible nude shades.

According to Yahoo Style UK, that’s because she’s actually not allowed to wear anything else. In addition to barring the royal family from eating shellfish and mandating that they always take a change of black clothes in case of an unexpected funeral, the rules also state that “no colored nail varnish should be worn during public engagements.”

I have reached a new social media low gawping over several Close Up pictures of Kate Middleton's feet. I can confirm corns & no nail polish.

That means bold blue and green gold likely aren’t hues we’ll be seeing on the mommy-to-be anytime soon, but lucky for her, it’s no matter: Nudes are in and in a big way.

In fact, the most pinned nail polish of 2017 is a “barely there soft pink” by Essie called Topless & Barefoot ($9). Sigh: Leave it to the duchess to be right on trend, even when she’s not even trying!

What’s your favorite nail polish color? Share with us @BritandCo.

Nicole Briese
Nicole is the weekend editor for Brit + Co who loves bringing you all the latest buzz. When she's not busy typing away into the wee hours, you can usually find her canoodling with her fur babies, rooting around in a bookstore, or rocking out at a concert of some sort (Guns N' Roses forever!). Check out all her latest musings and past work at nicolebjean.com.
Kate Middleton
Nails
Kate Middleton Nail Polish Royal Family