It’s Official: Kate + Will Welcome a Little Princess to the Royal Family 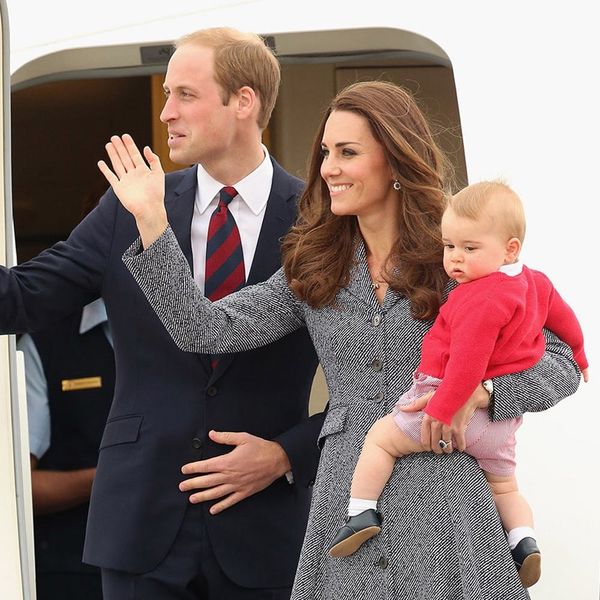 Well, fellow royal baby enthusiasts, the moment we’ve been not-so-patiently waiting for has finally arrived. At 8:34am on Saturday, May 2, the Duchess of Cambridge, Catherine Middleton gave birth to a healthy baby girl. Breathe a collective aw along with us and keep reading for all the details of this exciting news. That we may or may not have set our alarms crazy early for a Saturday to find out ;)

The babe, who is now fourth in line to the throne, was born in the Lindo Wing at Paddington, London’s St. Mary’s Hospital. Kate was in labor for just a couple hours, with the little bundle of royal joy weighing 8lbs 3 oz.

While the official easel announcing the arrival has been placed outside of Buckingham Palace, the name of the Princess of Cambridge might not be revealed for days (remember how long we waited to find out the official baby name news for Prince George Alexander Louis of Cambridge?), but stay tuned, we’ll have all the scoop when it is.

So what’s next for this new family of four? While the royals definitely have access to all the nannying help they could need, Hello! Magazine reports that Kate is opting to get some assistance the good old-fashioned way, from her mom. Once Kate has left the hospital the family is set to head to Anmer Hall, their country home on Queen’s Sandringham Estate in Norfolk (about 100 miles northeast of London). After Prince William’s two-week maternity leave has ended, Kate’s mom, Carole is set to help her daughter look after her two kiddos.

There is only one newborn announcement that could excite us more than this and the baby name news: the birth of a Kate Middleton-run Instagram account for her two royal kiddos. We’re already having visions of an impeccably dressed Prince George and his little sis looking totally adorable in the Walden filter. In the meantime, pictures of Prince George heading into the hospital to meet the princess will have to do:

Congratulations to the Duke + Duchess and the rest of the royal family!

Are you celebrating the birth of the Princess of Cambridge today? Share with us in the comments below!