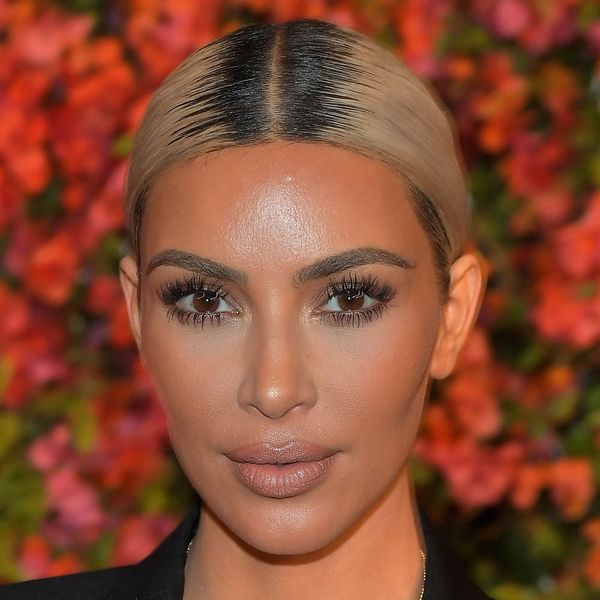 If Khloé is the worst-dressed Kardashian, her sister, Kim Kardashian West, just may be the most unique. Whether she’s rocking a sheer bra, see-through pants, or the ultimate naked dress, the soon-to-be mother of three wears what she wants, when she wants. Take, for example, the bike shorts she just donned… on the red carpet.

The KUWTK star stepped out at a Bumble Bizz Los Angeles launch dinner in Nobu Malibu wearing a tuxedo jacket with nothing underneath. And while the top half of her outfit was scandalous, to be sure (and also trending — Demi Lovato rocked a similar suit style to the MTV EMAs just last weekend), it was her bottoms that had us staring. Where one would normally see a pair of tailored pants, the makeup maven went for a pair of spandex bike shorts, finishing things off with a pair of nude strappy heels.

It’s not the first time she’s sported the look, either. Back in April, she paired a silver bra with an open-front long-sleeved shirt, Yeezy stilettos, and — you guessed it! — a pair of lacy La Perla shorts.

It was the first time we saw her rock the look in a formal manner, however, with a look that was less “nighttime chic” and a little more “business.”

What do you think of West’s sartorial choices? Tell us @BritandCo!

Shea Lignitz
Shea can be found in the nearest bookstore or brewery, exploring the great outdoors, or blasting Led Zeppelin. She grew up in the cold and rain of Northern California's redwoods but is currently wandering around Texas.
Celebrities
Celeb Style
Celebrities Celebrity Style Kardashians