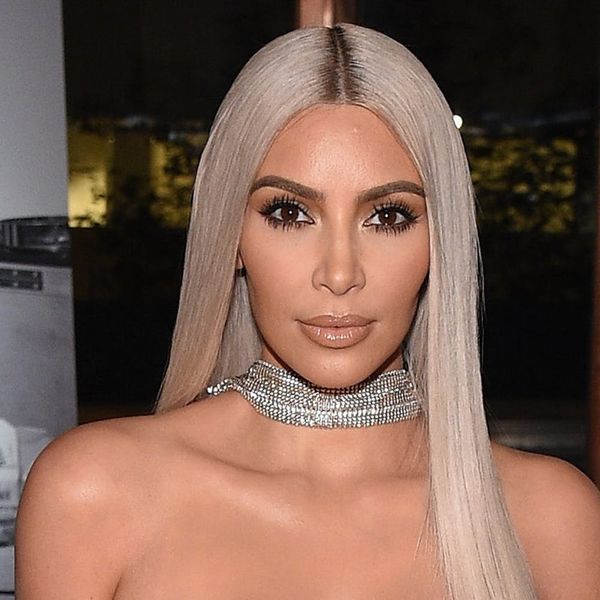 Kendall Jenner wasn’t the only one causing a stir at the Daily Front Row media awards! While the 21-year-old had some scratching their heads over her “Fashion of the Decade” award win due to the fact that she herself was only 11 years old a decade ago, big sis Kim Kardashian West had others gawking thanks to the 100 percent see-through pants she wore for the occasion.

While the entreprenuer covered up on top, pairing a leather blazer over a black leather bandeau bra, there was little left to the imagination from the waist down in the sheer bottoms she rocked over tiny black panties. She topped the look off with a pair of see-through Yeezy platforms.

Of course, the 36-year-old is no stranger to the naked look — you may recall the see-through vintage plastic dress by Helmut Lang she wore to dinner back in July. Still, even SHE was plenty self-aware in this particularly shocking ensemble, taking to Snapchat to explain its particular challenges.

“F*ck, you guys, the sheerness of these pants, makes my stomach… look kind of pregnant,” she said.

While we’d certainly beg to differ, it IS a head-turning look, to be sure, especially when paired with the brand new silver platinum hair color she debuted while attending the Tom Ford spring/summer 2018 runway show (which Jenner also walked in).

What do you think of Kim’s bold look? Tell us over @BritandCo.