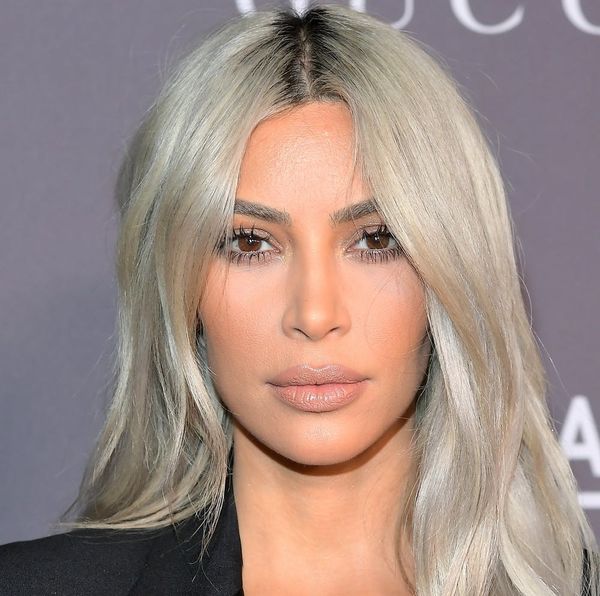 Another day, another Kardashian Kontroversy! This time it’s the middle Kardashian sister, Kim Kardashian West, that’s in hot water with fans after posting a snap of herself rocking an uber-controversial hairstyle, and what’s more, she doesn’t seem to care what you think of it… at all.

The 37-year-old posted a slew of sexy shots to Instagram yesterday which saw her wearing minimal clothing and a whole lotta braids.

While wearing styles such as cornrows, a move which many perceive as cultural appropriation, has proven to be controversial for everyone from Zayn Malik to Marc Jacobs’ runway models (including Kendall Jenner and Gigi Hadid) in the past, it was the caption that accompanied Kardashian West’s first pic that really had people up in arms.

“BO WEST,” she wrote in one of the shots, a reference to the iconic look actress Bo Derek sported in her 1979 film, 10.

While the ladies’ hairstyles were similar, to be sure, people were none too pleased with the reality star’s choice of inspiration, pointing out that the cornrows she’s wearing originated in black hair culture long before Derek wore them on the big screen, and were, therefore, *not* a proprietary style of the ’70s movie starlet’s.

Outraged fans took to Twitter to sound off against the reality star, letting her know that her actions were less than cool.

it looks like she's referencing Bo Derek. But Bo having these braids back in the day was also appropriation.

Kim Kardashian about to hear it from black twitter. She’ll have them braids out by Tuesday, along with an apology saying how she didn’t mean to offend anyone. pic.twitter.com/l5cq4e7wg5

Black people lose their jobs, lose privileges like going to prom and being on sports teams for wearing braids, which is actually a protective style for their hair type. White people do it cause it’s cool and trendy and they never receive the same backlash

I personally believe Cultural Appropriation is when you don’t give credit where it’s due…
Case 1: pic.twitter.com/4LQTT4nIaU

@KimKardashian dont wear hair that black people get shamed for daily as an accessory! acknowledge your privilege – while it looks amazing, please understand many black people are oppressed for wearing hairstyles such as this pic.twitter.com/dqmcS5NB3p

@KimKardashian Just saw your snap. Not Bo Derek braids. Cornrows! Call them what they really are. Just because Bo Derek wore her hair like that in the movie 10 she did not create that hairstyle. 😡 pic.twitter.com/ajpL73aj83

The mom of three has since responded to the clapbacks…sort of.

Taking to her Instagram several hours after posting the initial brow-raising snaps, she added several more of herself donning the hairstyle, adding, “Hi, can I get zero f*cks please, thanks.”

Hi, can I get zero fucks please, thanks

She also took time out to respond to Lindsay Lohan, who weighed in on the matter when she commented on a photo of the scandal that celeb site Perez Hilton posted to its social media page. “I’m confused,” she reportedly wrote.

Kim Kardashian is getting called out online for referring to her new hairstyle as "Bo Derek braids," with people explaining how the braids actually originated in Africa thousands of years ago and shouldn't be attributed to a white actress. What do U think? Is this offensive? Get the full story and reactions at PerezHilton.com/KimKardashian or swipe up on this in our Instagram Stories & Highlights.

Sister Khloé Kardashian also came to the beauty maven’s defense in a tweet, saying “Between her pictures and her clap backs….I’m just living for it all. Confidence looks great on you Keeks.”

Between her pictures and her clap backs…. I'm just living for it all. Confidence looks great on you Keeks

This isn’t the first time the Kardashian sisters have offended people with their beauty and style choices. Kylie Jenner sparked a similar fire back in 2015 when she posed for an 18th birthday snap wearing braids. Both Jenner sisters also rubbed people the wrong way when they plastered their faces over “vintage tees” depicting iconic black music artists (a move for which they have since apologized).

What’s more, the beauty maven herself sparked outrage back in June, where she released a promo image looking unnaturally dark-skinned, and again in October, when she dressed as both Aaliyah and Selena Quintanilla.

The star has since apologized for offending anyone for the makeup mishap and explained her Halloween costume choice, but it’s TBD on whether she’ll issue an actual apology for the current controversy.

At the rate she’s firing back, however, we don’t anticipate one anytime soon!

What do you think about KKW’s response to the “Bo Derek braids” controversy? Sound off @BritandCo.