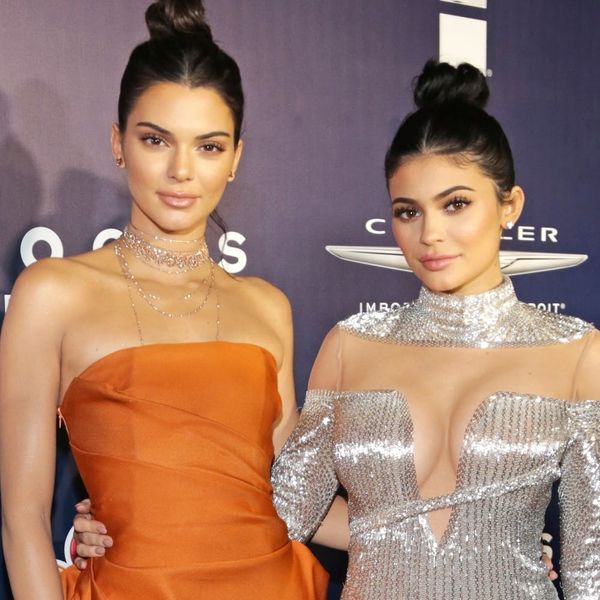 Kendall and Kylie Jenner caused a huge stir Wednesday when the sister duo launched an addition to their eponymous clothing line, Kendall + Kylie, in the form of some “vintage” band tees with a very Kardashian-Jenner twist: their faces and monograms superimposed over the images of iconic band logos and musicians.

Almost immediately after the shirts were launched, the backlash began. Folks were outraged at everything from their lack of respect of the artists’ work they were covering, to accusations of cultural appropriation, as not only were several of the artists featured black, but Kylie Jenner’s photo also showed her wearing cornrows.

Things were elevated even further when Voletta Wallace, AKA Biggie’s mother, spoke out against the shirt of Kendall Jenner’s face printed over a photo of her son, saying that the tee has no affiliation with the Notorious B.I.G. establishment, and that permission was never asked of the estate to use the image. “I’m not sure who told @kyliejenner and @kendalljenner they had the right to do this,” she wrote. “The disrespect of those girls to not even reach out to me or anyone connected to the estate baffles me. I have no idea why they feel they can exploit the deaths of 2Pac and my son Christopher to sell a T-shirt. This is disrespectful, disgusting, and exploitation at its worst.”

I am not sure who told @kyliejenner and @kendalljenner that they had the right to do this.  The disrespect of these girls to not even reach out to me or anyone connected to the estate baffles me.  I have no idea why they feel they can exploit the deaths of 2pac and my Son Christopher to sell a t-shirt.  This is disrespectful , disgusting, and exploitation at its worst!!!

Sharon Osbourne also chimed in on husband Ozzy Osbourne’s behalf, telling the entrepreneurs that they “hadn’t earned the right to put [their faces] with musical icons.”

Girls, you haven’t earned the right to put your face with musical icons. Stick to what you know…lip gloss. pic.twitter.com/BhmuUVrDBn

Now, the sisters are both issuing a matching apology to any all who might have been offended by their actions, making it clear that they have also removed the tees from the shelves (though it’s unclear how much was actually left to remove, as it had all but sold out).

“These designs were not well thought out and we deeply apologize to anyone that has been upset and/or offended, especially to the families of the artists. We are huge fans of their music and it was not our intention to disrespect these cultural icons in anyway [sic]. The tee shirts have been pulled from retail and all images have been removed.” The pair also said in their statement, “We will use this opportunity to learn from these mistakes and again, we are very sorry.” Well, that’s new.

It’s certainly a contrasting tactic than we’ve seen from either Jenner before. Kendall Jenner never publicly apologized for or addressed her role in the now infamous Pepsi commercial that was pulled from airwaves after viewers found it to be in poor taste, nor did she say much about her involvement with the ill-fated Fyre festival. Kylie Jenner, for her part, has kept mum about accusations of plagiarism with regard to her own branded merch. The difference this time is that rather than benefitting off the works of smaller, lesser-known creatives, the sisters have incensed some established players with major platforms. Hm…

Question remains if the artists will accept their apology.

Do you accept their apology? Tell us why or why not over @BritandCo.

Nicole Briese
Nicole is the weekend editor for Brit + Co who loves bringing you all the latest buzz. When she's not busy typing away into the wee hours, you can usually find her canoodling with her fur babies, rooting around in a bookstore, or rocking out at a concert of some sort (Guns N' Roses forever!). Check out all her latest musings and past work at nicolebjean.com.
Controversy
Style News
Controversy Kardashians Kendall Jenner
More From Style News