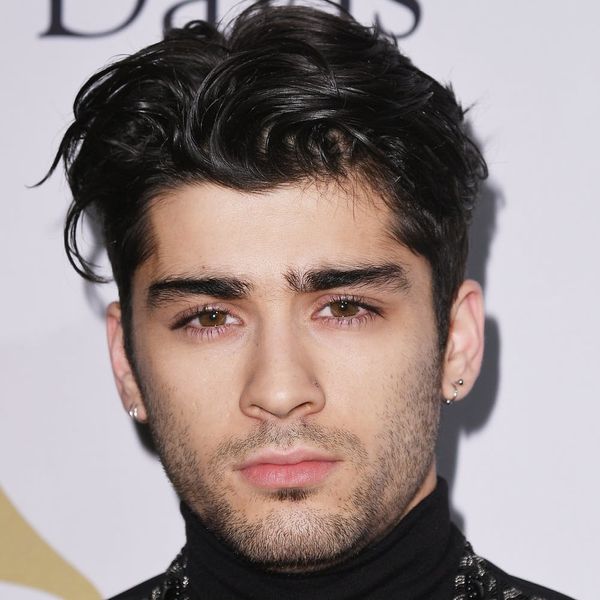 It was just last week that supermodel Gigi Hadid had people up in arms over her newest magazine cover for Vogue Arabia, which saw the half-Palestinian blonde featured in a bejeweled hijab.

Now, it’s her Muslim boyfriend Zayn Malik that’s catching fire after Hadid (who recently shot her man’s spring/summer campaign for Versace) posted another shot of Malik to her Snapchat, this time with him in cornrows.

The hairstyle is a controversial one for many, who see it as an act of cultural appropriation, similar to the dreads donned at Marc Jacobs’ spring/summer 17 show or Lucy Hale’s bantu knots. Twitter was quick to call him to task, letting Malik know that his choice of off-duty hairstyle? Not cool.

Gigi Hadid with her hijab on the cover of vogue and Zayn Malik with his cornrows 😊😊😊 life is great! pic.twitter.com/gKB009vJXc

Some disagreed on the style at hand, however, saying that his cornrows weren’t actually cornrows at all, but French braids.

Zayn didn't get cornrows he got French braids. It's… — she said cornrows but changed it into french braids… https://t.co/mNMIGZXwsh

Zayn 👏🏽is👏🏽wearing👏🏽BRAIDS! Not cornrows so sit down with ur fake concern ✌🏽

Malik has yet to respond to the matter one way or another, but it’s another good reminder to be mindful, as always, of our style and beauty choices.

Do you think Malik’s look was offensive? Share with us @BritandCo.

Nicole Briese
Nicole is the weekend editor for Brit + Co who loves bringing you all the latest buzz. When she's not busy typing away into the wee hours, you can usually find her canoodling with her fur babies, rooting around in a bookstore, or rocking out at a concert of some sort (Guns N' Roses forever!). Check out all her latest musings and past work at nicolebjean.com.
Celebrity Hair
Celebrity News
Celebrity Hair Controversy
More From Celebrity News