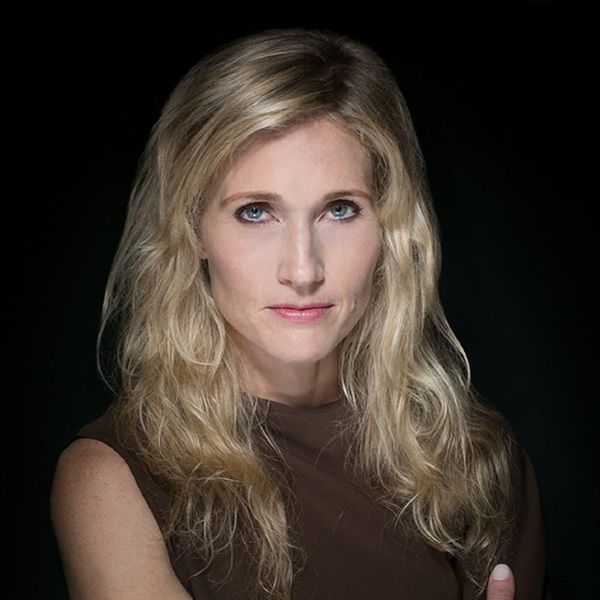 The weather might be heating up, but that doesn’t mean giving up on the goosebumps and shivers — especially not if The Scattering is on your shelves. New York Times best-selling author Kimberly McCreight’s newest novel is every bit as twisty and unbelievably gripping as its predecessor, The Outliers. You’ll cheer for Wylie as she takes on mysteries, betrayals, and the rescue mission of a lifetime — we’d go into more details, but trust us: You’ll want to read this one spoiler-free. This week, we’re chatting with the brilliant author behind the book, Kimberly McCreight. Scroll on for her creativity advice, what she’s reading next, and more!

Kimberly McCreight: The war against women is real.

KMC: Early morning, definitely. I write daily from 9am until about 6:30pm. But if I get crunched on a deadline, I’ll set the alarm for 4am (even 3am sometimes) to try to get in a few more hours, and I always seem to be more efficient then. (Photo via Beowulf Sheehan)

"Derive happiness in oneself from a good day's work, from illuminating the fog that surrounds us." ... Henri #Matisse was born on this day in 1869. #otd ... [Installation view of "Henri Matisse: The Cut-Outs." The Museum of Modern Art, New York. October 12, 2014–February 10, 2015. Photograph: Carly Gaebe/Steadfast Studio]

KMC: Going to see modern art: The MoMA, The Guggenheim, The Whitney. There is nothing like seeing what a brave conceptual artist does to remind you to stop worrying about what people think and just do your thing. Because that private space is where the great art happens.

KMC: Marie Curie: Because at a time when women weren’t educated, she worked as a nanny to put herself (and later her sister) through college and went on to win two Nobel Prizes (the first person to do so). Oh, yeah, and all while she was a single mother. (Photo via Hulton Archive/Stringer)

Maya Angelou: Because of her immense literary talent, of course, and her relentless cultural and political leadership. But, most of all, because of her bravery. She is a reminder to me that out of trauma can one day spring the most glorious things. (Photo via Getty Images/Stringer)

"With respect to the President's tweets" is a phrase you'd never hope to hear in a real intel hearing, but here we are.

KMC: Gonna go with Twitter, which for me is mostly political these days. And got to pick three: Samantha Bee (@FullFrontalSamB) can somehow find a way to be funny even on the most terrifying days. Shaun King (@ShaunKing) is so consistently insightful and thought-provoking. About everything. Bad Hombres Badlands NPS (@BadHombreNPS), as well as several other of the rogue government accounts, because, seriously, we need all the heroes we can get right now.

KMC: Ramona Blue, by Julie Murphy, The Crown’s Fate by Evelyn Skye, Thick As Thieves by Megan Whalen Turner, and Dividing Eden, by Joelle Charbonneau. We are headed out this week on the Epic Reads Summer Tour together and I am so excited to get to hang out with all of them.

KMC: Know that “it” — whatever your chosen art/creativity — being difficult does not mean that you are no good. It can be impossible and you can still be a genius — the two are not mutually exclusive. Creative endeavors are difficult, by their very nature. Also, when you are faced with a painful rejection (which you will be and, also, they never really stop, no matter how much you “succeed”), remember to always focus back on the work itself. It is always in the work itself that true salvation lies.