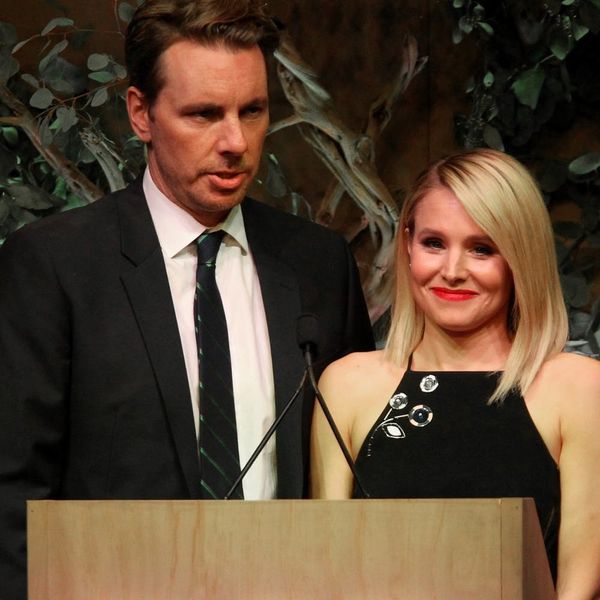 Kristen Bell is nothing if not brutally honest: The Frozen star has gotten real about everything from motherhood (“I’m not a good mom; I’m not a bad mom. I’m the mom I am and I try very hard, and when I fail, that’s OK.”) to marriage (“We were fighting about the first year of our relationship, because it’s a power struggle.”). Now, she’s taken her bare truth to Cosmopolitan in a must-read essay in which she outlines how her hubby of four years helped her to overcome any insecurities she had about her career with a little tough love.

In the piece, the 37-year-old discusses how she adopted a “nice” persona from an early age, saying that it gave her a feeling of strength, which as a physically small person, she felt she needed. “I made sure to smile at strangers on the street, I donated time to charitable organizations, and I always did my best to make people feel good,” she says. “I had a real handle on kindness. I knew it inside and out and could generate it like a beast.”

When she met her husband, Dax Shepard, however, he helped her to see that there was also a time to ditch the niceties and be assertive. “I had hit a point in my career where I began comparing myself to other actresses. I’d look around and wonder why I wasn’t considered for X job or Y role when I felt equally qualified and passionate as those around me,” she confesses. “I became increasingly resentful and disappointed when my successes didn’t line up with others’. I had, unknowingly, tied my self-worth to everyone other than myself.”

Rather than being “nice,” and telling the A Bad Moms Christmas star what she wanted to hear — which was that she was correct to wallow in her self-pity, and the world was unfair — Shepard was direct, offering a solution for his then-girlfriend that she’d never even considered before: Stop lamenting the odds she felt was stacked against her and change her own outlook.

“He looked me square in the eye and said, ‘Are you crazy? This is a self-destructive path. You can only compare your current self to your former self. You’ll get a comparison hangover if you constantly measure your worth against someone else.'”

While Bell admits she was initially angry at his lack of “niceness,” (“I was expecting to hear, ‘No! You’re worth it. You should feel angry,'”) she eventually saw the value in him speaking his truth. “He showed me true kindness by putting himself in an uncomfortable position and telling me what I needed to hear instead of what I wanted to hear.”

While she doesn’t discredit general acts of kindness such as altruism by any means, Bell says she’s now able to speak her truth rather than worry about being polite, whether its in her personal life or throughout her career. “It requires courage and vulnerability to choose to be honest with people when they may not want to hear it… but it’s also worth it.”

Have you ever been given a clarifying moment of tough love? Tell us about it @BritandCo!

Kat Armstrong
Kat has been a writer, social media maven and mom for longer than she's willing to admit. She's also spent time in front of and behind the camera, interviewing celebs, politicians and acting as a producer for fashion and artistic photography shoots. When she isn't writing for various orgs and publications, she's hanging with her kids, husband and French Bulldog, Peter, in Toronto, Canada.
Celebrity Couples
Celebrity News
Celebrity Couples love
More From Celebrity News