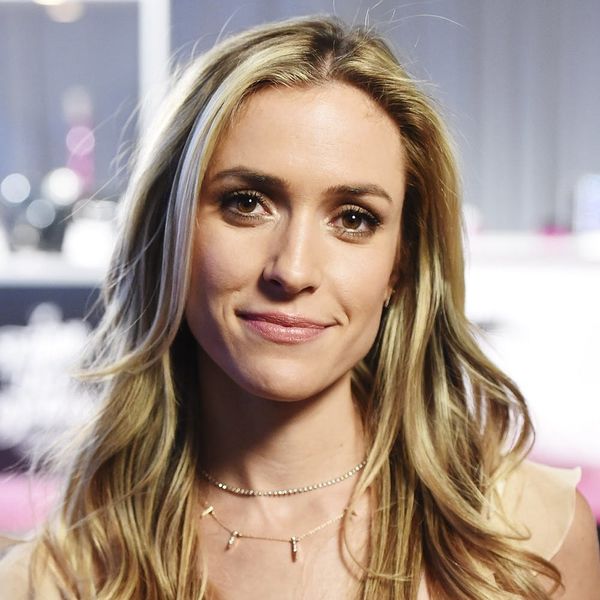 As society becomes more and more woke, we’re constantly being reminded to watch what we say and how we say it — a notion that’s particularly true for those in the public eye. Lucy Hale, for instance, took plenty of heat for calling herself “fat” in a now-deleted Instagram caption. But just how censored does one need to be? That all depends on who you ask. Kristin Cavallari, for one, is not backing down from those who would shame her over one of her latest Instagram comments regarding her body.

In the shot in question, the 30-year-old is seen leaning back on a stone bench while propping herself up with one arm, which appears larger, or more muscular, than the other.

“Feeling it until I see the pic and my crazy arm,” she wrote. “Maybe next time I shouldn’t lean so hard. 😂”

While it’s clear the mother of three was kidding, some weren’t seeing the humor in her joke. “Such a nice picture it doesn’t need any self-criticism,” wrote one user, while another now-deleted comment appeared to go so far as to suggest it made her a bad role model for young women.

Cavallari responded to the hate directly, writing, “I didn’t say my arm looks fat, did I? No, I simply said it looks crazy (and I was joking around), because if I didn’t say it, a thousand other people would have. If you took it as I was being critical of myself, then that’s on you,” she said. “I was in no way putting myself down, nor am I upset about it in the slightest (obviously I posted it). How you interpret my words has nothing to do with me or what I actually meant.”

She continued on in a subsequent comment, saying, “What I said was very tongue in cheek… hence the 😂. Everyone needs to relax and have a sense of humor. I never once said I think my arm looks fat. And sorry, but I actually do think I am a good example for young women. I would never put someone down over the internet for starters…” Ouch!

Unlike Hale, who deleted her brow-raising comment, Cavallari is keeping hers on full display, further proving that she DGAF what her critics think.

Do you think Kristin was in the wrong or are people being a bit too sensitive? Tell us over @BritandCo.

Nicole Briese
Nicole is the weekend editor for Brit + Co who loves bringing you all the latest buzz. When she's not busy typing away into the wee hours, you can usually find her canoodling with her fur babies, rooting around in a bookstore, or rocking out at a concert of some sort (Guns N' Roses forever!). Check out all her latest musings and past work at nicolebjean.com.
Body Positive
Celebrity News
Body Positive social media
More From Celebrity News