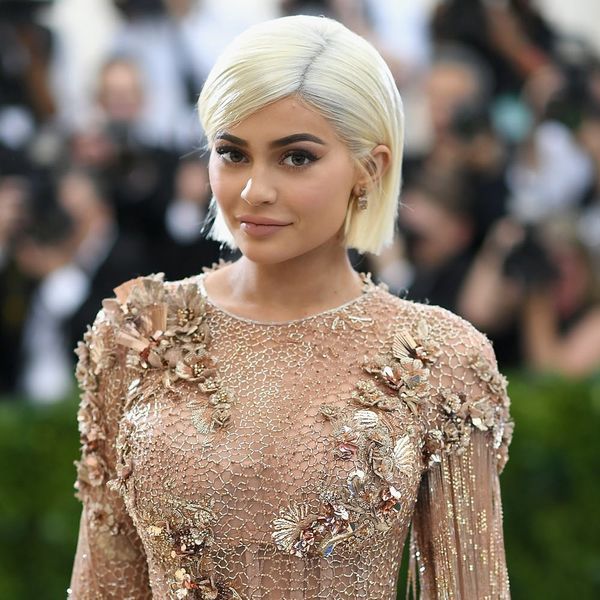 Through 10 years of Keeping Up With the Kardashians, we’ve gotten a good look at the family’s lavish lifestyles, including their penchant for over-the-top Christmas decorations and celebrations. This week, even though it’s October, the Kardashians are filming for what will be their 2017 holiday special, and if the pic posted by momager extraordinaire Kris Jenner is any indication, it’s going to be as extra as ever.

Most of the family, along with special guests Santa, his elves, and, oh, yeah, figure skater Nancy Kerrigan, are pictured in what appears to be Jenner’s Calabasas backyard — and, yes, they’re standing on a skating rink. Only Kerrigan is seen wearing skates, however.

“Oh no big deal…just Ice Skating with @nancyakerrigan in Calabasas in 95 degree heat for our Christmas Special!!!!” the matriarch captioned the photo.

Kim Kardashian shared her excitement about filming on her own Twitter account. “Can’t wait for you guys to see this and see what our holiday prep is like!” she said. “And lol yes we have to film it in October to air during the holidays!”

Four of the six kids (and two of the grandkids) are present and accounted for in the pic, but both Rob Kardashian and Kylie Jenner (who is rumored to be pregnant with her first child) are missing from the shot. And while Rob’s absence isn’t that unusual, fans immediately got in Kris’ mentions to ask where Kylie was. They were also concerned about Khloe’s bare feet getting cold.

And of course, someone asked what we were all thinking: Will this pic serve as this year’s famous Kardashian/Jenner family Christmas card? According to Kim, she is still working on making one happen. “I’m really trying to get it together lol,” she told a fan. You know we’ll be waiting!

Will you watch the Kardashian Christmas special? Let us know @BritandCo!