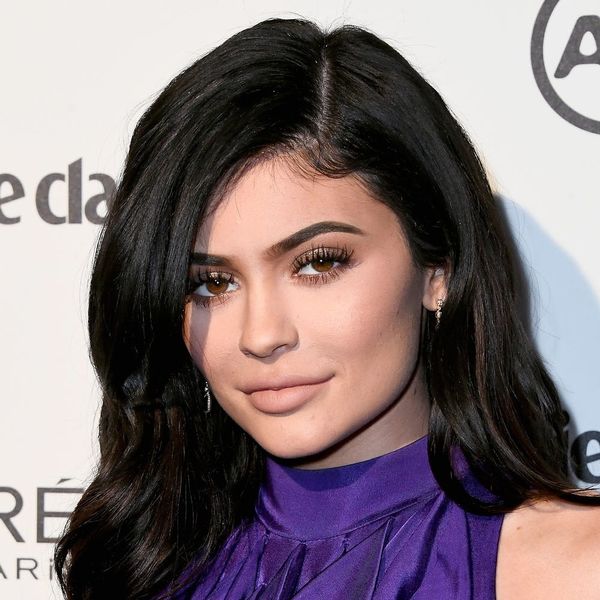 After months of media speculation about a pregnancy (and plenty of strategic hiding on her part), Kylie Jenner revealed she had given birth to a healthy baby girl earlier this month. In a heartfelt post, she apologized to her fans for the months of secrecy and assured them that her reason for hiding the pregnancy had nothing to do with a “gotcha” media stunt — instead, she said, she and partner Travis Scott chose to keep the pregnancy private to protect her growing baby.

“I knew my baby would feel every stress and every emotion so I chose to do it this way for our little life and our happiness,” she shared in an emotional Instagram post.

Of course, skeptics still chalk the sudden (and admittedly, conveniently timed to Super Bowl Sunday ) announcement to momager Kris Jenner, who’s infamous for her strategic marketing. But whether or not Kylie’s pregnancy privacy had more to do with pressure from Kris or her own motherly intuition, her explanation for it was spot on.

Pregnancy is an inherently vulnerable time for both moms and their babies across the board. Yes, Kylie and her sisters may enjoy the privilege of attentive care and support (not to mention the resources to pay for those things) in motherhood, but the constant visibility of fame — and the corresponding susceptibility to public criticism — is likely a major source of daily stress, which experts say is a pregnancy no-no.

Some level of stress or worry in pregnancy is par for the course while growing a baby Experts even say pregnant women should expect their body’s cortisol levels (aka the stress hormone) to be two to four times higher than normal during pregnancy. But ongoing stress results in more consistently high levels of cortisol passing through the placenta, which can be harmful to a developing fetus.

From low birth weight to pre-term labor and even developmental abnormalities, clinical studies show that stress and anxiety can have a range of detrimental and even dangerous effects on babies in utero. Traumatic experiences and chronic, untreated anxiety or depression typically lead to the most significant risk factors for babies, but studies also link the more common stressors of everyday life — like, say, dealing with paparazzi on the daily or being criticized for pregnancy weight gain like Kim Kardashian was — to issues with baby’s brain development, ranging from reduced cognitive ability to autism.

And according to one study at the University of Denver, ongoing exposure to cortisol in utero can make babies more sensitive to stress outside the womb, even making their brains more susceptible to anxiety and worry later on in life. Dr. Elysia Davis and her colleagues found that the newborn babies of women who had significant exposure to stress during pregnancy not only had higher levels of cortisol in their blood after birth but also exhibited profoundly more anxiety than other children when they were tested again as toddlers.

Beyond the risks it poses to little ones, stress during pregnancy also has problematic physical and mental outcomes for moms. Negative emotions can lead to unhealthy eating habits and difficulty sleeping, headaches, and even high blood pressure. In addition, experts believe that women who experienced stress, anxiety, and depression during pregnancy are more likely to be impaired during the postpartum period, which can, in turn, affect their ability to be as attentive to their baby as they would like.

When it comes to protecting your unborn baby (and yourself) through reducing your stress levels during pregnancy, healthcare practitioners agree that the best, safest approach is a preventative one. If you’re pregnant or thinking about it, take a cue from Kylie and be proactive about removing potential sources of stress and anxiety triggers from your life ahead of time. If you find that dealing with your stress and anxiety naturally isn’t enough, it may be time to talk to your health care provider about next steps.

What did you think of Kylie’s baby announcement? Tell us your thoughts @BritandCo.