BREAKING: Kylie Jenner Has Given Birth to Her First Child! 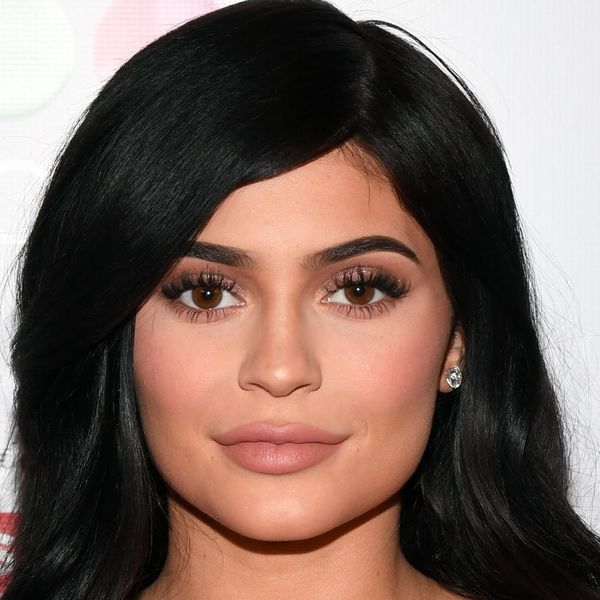 After months of speculation over whether or not Kylie Jenner was with child, we can all finally breathe a sigh of relief — the 20-year-old is officially a mom!

She shared the news over on her Instagram page, releasing a message for fans, as well as a link to an 11-plus long minute video of her journey over the last nine months titled “To Our Daughter.”

The footage showcases Jenner’s own journey into the world before flashing to a shot of the reality star’s BFF Jordyn Woods speaking to her pal’s newborn child.

“This is how I found out about you,” she begins. “Your mother and I were living our lives, having fun, she met your father, and they just hit it off, chemistry!”

Breaking away to a shot of Jenner frolicking in the surf with BF Travis Scott, Woods’ voice continues on to say that she was present when the new mommy took her pregnancy test, passing it to her pals and saying, “Surprise!”

From there, we see the couple embark on their journey as parents-to-be, viewing their daughter’s sonogram in a doctor’s office, with the KUWTK star taking bump selfies in the mirror, talking to her doc about her pregnancy cravings (“It’s just In-N-Out these days… literally tastes like… it’s the best thing I’ve ever had”) and getting anatomical advice from her famous big sis Kim Kardashian West.

Her famous family is there, too, with Kris Jenner snuggling up to daughter as they view a sonogram together and aunties Kardashian West and Kourtney Kardashian padding around in PJs for their sister’s all-pink baby shower.

While she didn’t reveal her child’s name, she DID show off her (massive!) shoe collection, which spans no less than seven rows of miniature kicks.

The video ends the same way it begins, with a crying baby entering the world — only this time it’s Kylie’s.

In addition to the video, she also left a message for fans apologizing for her lack of candor, writing that she was sorry for keeping everyone in the dark, explaining that her pregnancy was a journey she wanted to take on her own in order to keep any added stress to a minimum. “There was no ‘gotcha moment, no big paid reveal I had planned,” she said. “I knew my baby would feel every stress and every emotion, so I chose to do it this way for my little life and our happiness.”

News first broke that Kylie Jenner was reportedly expecting back in September, but save for her comments Photoshopped pregnancy photos, she famously remained silent on her childbearing status, sans for a few social media hints.

Congratulations to the new mommy!

What do you think about Kylie Jenner’s baby announcement? Let us know @BritandCo!

Nicole Briese
Nicole is the weekend editor for Brit + Co who loves bringing you all the latest buzz. When she's not busy typing away into the wee hours, you can usually find her canoodling with her fur babies, rooting around in a bookstore, or rocking out at a concert of some sort (Guns N' Roses forever!). Check out all her latest musings and past work at nicolebjean.com.
Celebrities
Celebrity News
Celebrities Celebrity Baby Kardashians Kylie Jenner
More From Celebrity News