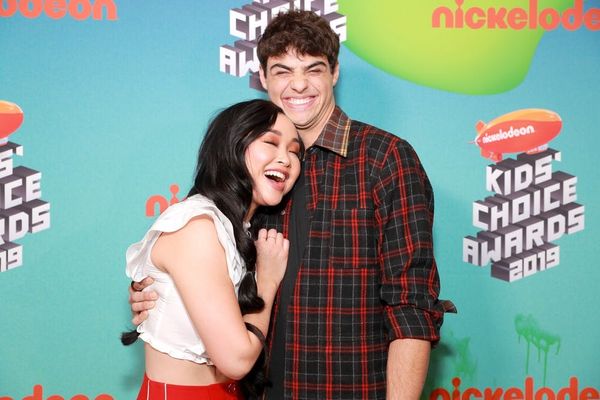 Could there be trouble in paradise for Lara Jean Covey and Peter Kavinsky? As Netflix gears up to start filming the sequel for To All the Boys I’ve Loved Before, actress Lana Condor opened up about what fans can expect from the highly anticipated follow-up.

“We are starting shooting it really, really soon, and it’s going to be amazing,” Condor, who plays Lara Jean, told ET at the 2019 Kids’ Choice Awards, where her costar Noah Centineo picked up a win for Choice Movie Actor. Pressed for more about the sequel, which is likely to be based on the second book in YA author Jenny Han’s best-selling trilogy, Condor said that fans can expect “lots of love and sweetness and awesomeness. And there’s going to be some drama.”

In the original film, based on Han’s book of the same name, Condor and Centineo’s characters pretended to date to benefit other relationships in their lives, only to then fall in love for real. Naturally, there were some bumps in their road to a happy ending, but the film concluded with the couple together and totally smitten.

The pair’s chemistry wasn’t just an on-screen invention, either. Condor recently told Jimmy Fallon that she and Centineo hit it off so well that they decided to make a no-dating pact to establish some clear lines. “I felt that, for the [movie] to do well, we had to be best-friend professionals,” she said. “And so I was like, ‘It’s just not gonna happen.’ And he was like, ‘Yeah, it’s not gonna happen.’ … So we kind of did what we did in To All the Boys. We kind of made a contract and set boundaries.”

Fans have been asking for a sequel since the day the film premiered last August. Condor and Centineo finally made it official in an adorable video just in time for Christmas back in December, and last week, Netflix announced that original stars Anna Cathcart, Janel Parrish, and John Corbett, who played Condor’s sisters and father, respectively, would also be returning for the sequel. So far, no release date has been set.

RELATED: 11 Movies That Prove Rom-Coms Are Having a Moment in 2018