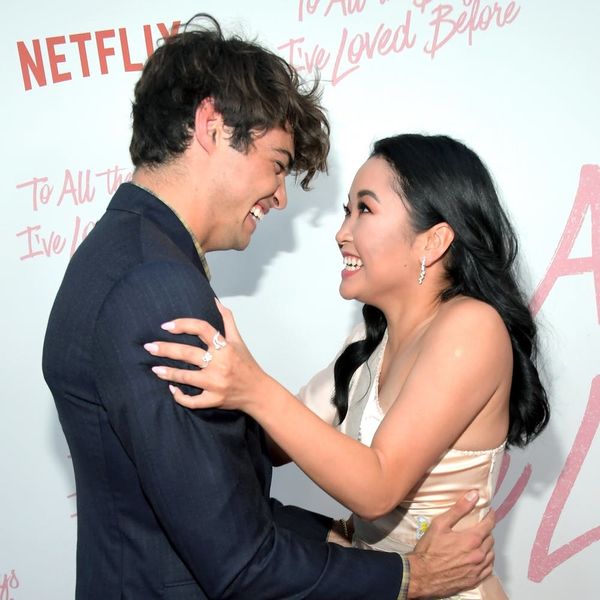 The Coveys are coming back together! Netflix announced on Friday, March 22 that Anna Cathcart, Janel Parrish, and John Corbett will be returning to the screen for the To All The Boys I’ve Loved Before sequel, along with the film’s stars Lana Condor and Noah Centineo.

Based on the popular “To All The Boys I’ve Loved Before” trilogy by New York Times-bestselling author Jenny Han, the series of stories follows Lara Jean’s tumultuous adolescent love life, which she manages to navigate thanks to the help — and sometimes hindrance — of her sisters.

Parrish talked to Hollywood Life prior to the first film’s release about her character and the bond between the story’s siblings. “One of the things I loved about Margot was that she reminded me of my big sister, Melissa,” said Parrish. “She was always the one that I went to. I had any problem, I’d be like, please, sister, you have to help me solve it. She was always the smartest person to me. She took care of me and it’s sisters and family before everything.”

“And that’s very true with Margot and Lara Jean and [Kitty],” Parrish continued. “And I just loved that family connection. It’s so important to the film.”

Condor and Centineo confirmed the news of a sequel in December by way of an adorable video. “I am so excited,” said Condor in the announcement. “It is officially official. We are making the To All the Boys sequel!”

Han released a statement via Netflix to coincide with the video teaser, saying, “I’m so thrilled and thankful we get to keep telling Lara Jean’s story. I just know that the audience will fall in love with her all over again.”

The sequel is currently in pre-production and a release date hasn’t yet been announced.

RELATED: Lana Condor and Noah Centineo Made a No-Dating Pact on ‘To All the Boys I’ve Loved Before’

Desiree O
Desirée O is a ‘Professional Bohemian’ who loves anything and everything related to the arts, entertainment, and pop culture. She ADORES being a ‘Newsy’ for Brit + Co, covering all of the latest tidbits of awesomeness that you want to read about. When she’s not writing, she’s either making messy art, going on long adventurous walks with her camera, or poking around over at bohemianizm (http://www.bohemianizm.com/). You can find out about Desirée O and her work at http://DesireeO.com/ or follow her on Twitter @DesireeO.
Netflix
Streaming
Netflix
More From Streaming