I Found My Indigenous Roots — and Reassurance — in an Ancestry.com DNA Test 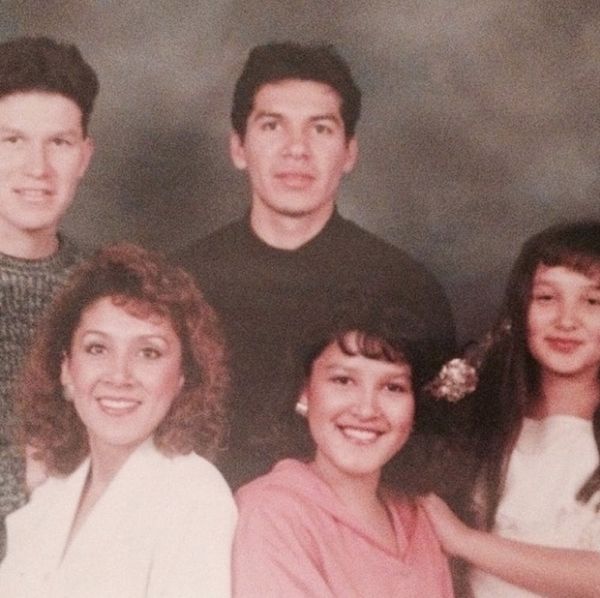 When I was questioned as a kid about where I was from, I could never just say California. I knew early on that this answer alone would not satisfy the curious. As I got older, I’d simply say “Mexican” — but could never actually say that in Mexico. In college, I had a ton of biracial friends so when I was again asked about my background I respond by saying “I’m full-blown Mexican.” In my own naive mind, I truly thought I was as Mexican as they come.

Both my mother and father grew up in the same Mexican village of Jalcocotán, close to the Pacific coast in the state of Nayarit. So the idea that we were from anywhere else other than Jalco would always get shut down, especially when I’d ask my dad, “But where was your father’s father from, and his father?” My dad would always say the same thing: “We’re all farmers from Jalco and that’s it.” I pried further into our past, as much as I could, not because I was hoping to be from somewhere else, but mostly because life before my parents was so unknown.

I never truly had grandparents. My paternal grandparents died before I was born; my maternal grandparents lived in Mexico, and we didn’t visit them that often enough for me to build a relationship with them. Perhaps, because I’m a writer, I just always wanted to know more. However, getting reliable information from a father whose memory fades every day, and a mother who exaggerates every pivotal moment, has always been a struggle.

Evidently, there are millions of us trying to learn more. Last year, Ancestry.com sold 3.5 million kits, and in a two-year period, 10 million people have used the site, according to Forbes. Its competitor on the home DNA testing market, 23andMe, is under scrutiny for sharing the data of its own whopping 5 million clients with pharmaceutical giant GlaxoSmithKline.

A 2010 study conducted at Emory University found that children benefit from knowing their history and relatives. “Family stories provide a sense of identity through time, and help children understand who they are in the world,” researchers concluded. “There is something powerful about actually knowing these stories.”

Looking at my siblings, our various attributes imply without a doubt that that our Mexican roots are much more complicated than what we have been told. There was, however, one thing my dad did tell us, especially on our annual visits to Jalco, and that was that we come from Cora tribe. According to the Britannica Encyclopedia: “Huichol and Cora [are] neighboring Middle American Indian peoples living in the states of Jalisco and Nayarit in western Mexico. The Huichol and Cora, however, are perhaps culturally closer (as well as linguistically related) to the Uto-Aztecan Indians of northwestern Mexico.”

The passage on these people also states that these people were, and continue to be, farmers, just as my father had told me. I’ve seen these indigenous people still in the state of Nayarit, some of them still speaking their native language. But if you look at the features of my brothers and sisters, some of us look more indigenous than others. I fall into the line of “other.” I am not as dark as my sister or my dad, but I do have a large forehead with a sort of an indent close to my hairline. My father would tell me I was made for carrying large baskets on my head as my ancestors once did. My mother’s side is definitely more “white-looking,” which is of course is a coveted feature among old-school Latinos. So where did this leave me? Nowhere really.

That all changed when I took a DNA test via Ancestry.com, and the results — while kind of surprising — finally gave me the certainty that I longed for.

Of all the different groups I’m genetically related to, the largest percentage of my DNA was Native American — meaning, from anywhere in the Americas. The test results also showed that people with my DNA came from the state of Zacatecas and Aguascalientes, in Mexico, not very far from the state of Nayarit. The results also showed another considerable portion of my DNA came from the region of Spain and Portugal. That is not all that surprising because as we know the Spanish invaded Mexico in 1519. The rest of the percentages seems not as relevant to me when you consider the proximity of the Basque region is in Spain and France. Although the two percent from Ireland and Scotland truly threw me for a loop (my nephew who is Mexican on both sides does have red hair though).

One of the most fascinating aspects to using Ancestry.com is that they’re able to provide a timeline of how my DNA evolved into… basically, me. According to data on the site, by 1750 my entire DNA makeup was centralized in Mexico. Between then and 1875, my DNA was making itself closer to Nayarit.

Ancestry was also able to provide insight on something really extraordinary happened in the early 1900s: the migration of some of my ancestors from Mexico north to the United States. By this time, the United States had gained California, New Mexico, Nevada, Utah, Arizona, Colorado, Wyoming, Oklahoma, and Kansas during the Mexican-American war. Ancestry’s timelines suggest that it was during Mexican revolution and its aftermath that some of my ancestors fled north.

This migration data falls in line with the research that I had done on my maternal grandmother and her family who had settled in California only to be illegally deported to Mexico during the Mexican Repatriation. I was very pleased to see my own research corroborated. That gave me assurance that some of my history is actually a record, and not just in my head.

I told my parents about this newly found information about my DNA. My dad said “I told you we came from a long line of farmers in Mexico.” He was right.