Think Creative People Only Use Their Right Brains? Think Again 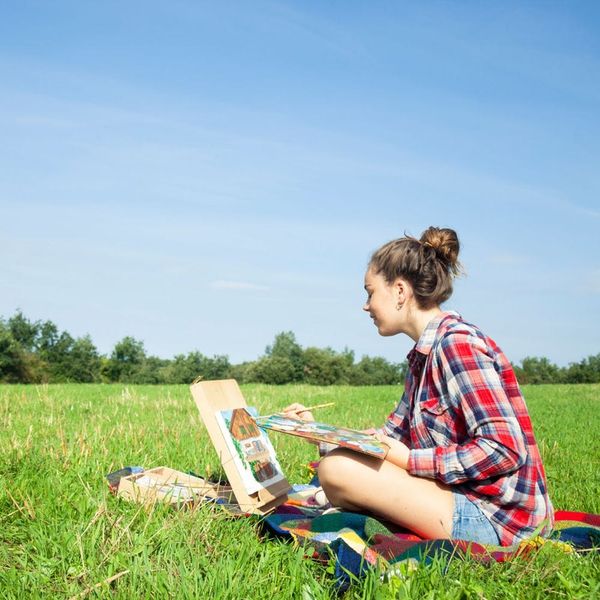 There are tons of theories about how highly creative people think outside the box. They’re daydreamers, they know the best creativity-boosting morning rituals and they can even hack into their creativity while they sleep. But underneath all of that, many of us have been taught that being creative is all about how much you use your left brain vs. the right brain. Right? Well, not exactly, according to experts.

Researchers Carolyn Gregoire and Richard Barry Kaufman lay it all out for us in a blog post on Quartz, and what they explain might surprise you: Creativity actually takes the WHOLE brain, not just the right side, like many people believe. Creativity involves “a dynamic interplay of many different brain regions, emotions and our unconscious and conscious processing systems,” Gregoire and Kaufman write.

In particular, creative people’s brains have highly functional default mode networks — or, as the researchers call it, the imagination network. It’s a network of regions of the brain that work together to perform different functions. The imagination network is most active when we’re practicing “self-generated cognition,” AKA daydreaming.

Here’s what makes extra creative people, well, extra creative: Their imagination network works together with another one called the executive network, which controls attention and memory — things we don’t always associate with creativity, but are actually super important.

“The creative brain is particularly good at flexibly activating and deactivating these brain networks, which in most people are at odds with each other,” the researchers write. “In doing so, they are able to juggle seemingly contradictory modes of thought — cognitive and emotional, deliberate and spontaneous. This allows them to draw on a wide range of strengths, characteristics and thinking styles in their work.”

Huh! Guess we’ll start working on our memory skills (we’ve already got the daydreaming down), and stop wasting time taking quizzes about which side of our brain is dominant.

What’s your favorite way to engage your creative brain? Tweet us about it @BritandCo!

Kylie Kendall
Kylie is a freelance writer living in Ottawa, Canada. When she's not writing, you might find her scoping out all-day breakfast spots in her city or taste-testing every bottle of red wine under $10.
science
Home News
science study
More From Home News