Live Blog: Tune in for All the Details from Apple’s 2016 Fall Event 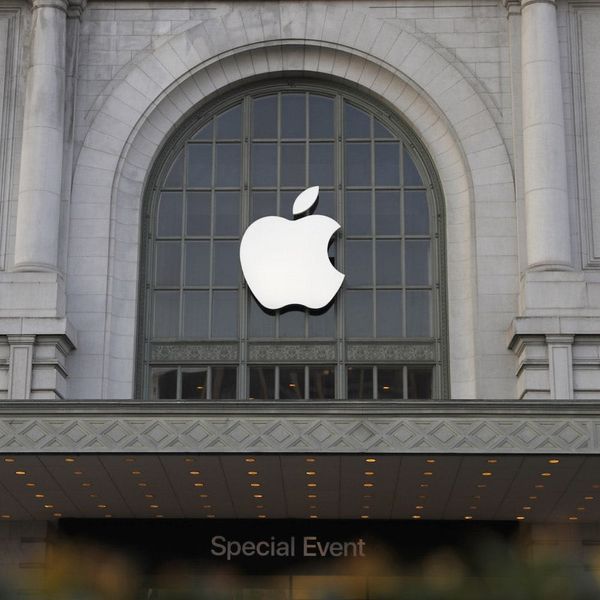 Omg. Omg. Omg. It’s finally here! Apple’s 2016 Fall Event is finally upon us and the Internet is collectively freaking out. We’re going to get to see if all those iPhone, iPad and Macbook rumors will come to fruition… or not. Will we be seeing a waterproof iPhone 7? Will the Macbook be getting a total makeover? Will Tim Cook be wearing a blue shirt? I don’t know, but we’ll find out. Stay tuned — and keep refreshing this page — as we live blog the whole thing!

The Bill Graham Civic Auditorium is all ready to go…

10:00 AM: It begins! The first celeb cameo is here. It’s a James Corden and Tim Cook Carpool Karaoke to the Apple Fall Event! (And yes, Tim Cook is wearing a blue shirt.)

10:08 AM: Tim tells us 140 billion apps have been downloaded from the App Store. Whoa. And that’s not all. Nintendo lovers rejoice! Mario is coming to the App Store!!

10:12 AM: Here’s your first look at Super Mario Run, Nintendo’s Mario iOS game effort. And the best part? You can play the game one handed. You can also play versus your pals. Look for it around the holidays!

10:17 AM: Apple is donating iPads to over 50,000 students, as well as Macbooks and laptops to 4500 teachers and 114 schools as part of their ConnectED education initiative. They’re also teaching kids to code.

10:22 AM: iWorks now supports Real-Time collaboration, so you can edit decks with your colleagues, classmates and friends at the same time.

10:24 AM: Apple Watch time! According to Apple, it’s the number one smartwatch in the world and number one in customer satisfaction.

10:28 AM: Apple exec Jeff Williams goes over all the new features of watchOS3, including new apps from Washington Post, Sweat with Kayla and gaming apps. But here’s the big one: Pokemon Go is coming to the Apple Watch!

10:35 AM: But what about the hardware changes? The next generation of Apple Watch is here… and it’s swimproof (up to 50 meters underwater). Meet the Apple Watch series 2.

10:37 AM: The Apple Watch series 2 uses Apple’s groundbreaking patent that ejects water from the speaker. Holy cow. It also comes with built-in GPS.

10:47 AM: And yes, Apple is continuing their collab with Hermes with MORE styles… but they have a new brand in the mix: Nike. The Apple Watch Nike+ is made just for runners. It asks you, “Are we running today?” to get you motivated to go. It also shows you your pace, your distance and more at a glance. The Nike+ Watch comes in four colors: black, and various shades of gray, it looks like.

10:53 AM: The Apple Watch is priced at $369 and will be released in late October. Pre-order starts September 9.

10:54 AM: iPhone time! Apple Home Kit, which Apple has been prepping forever, is getting its big release with iOS 10.

10:58 AM: OMG. iPhone 7. Jony Ive is going to walk us through it. The high gloss black finish is aluminum, if you can believe it! And it also comes in a less glossy black known simply as “black.”

11:00 AM: Here’s your first peek! The high gloss is called Jet Black, the logo is stainless steel, the antennas are hidden and it blends seamlessly into the glass display — it’s as close to bezel-less as you’ll get.

11:03 AM: YAAAAS! The rumors were correct. Apple has redesigned the Home Button and uses a Taptic Engine and is Force Touch-enabled. And it IS water resistant!

11:11 AM: The front-facing camera has been booted up to a 7MP FaceTime HD Camera.

11:13 AM: The iPhone 7 Plus comes with not one, but TWO cameras: one for telephoto and another for wide angle. That means you can now use software zoom up to 10x with four times better resolution than before. The best feature of the new iPhone 7 Plus camera is that it can use its ISP to do something known as “depth of field,” a photography technique usually reserved for cameras with a full-frame sensor or fancy DSLRs with fast lenses. “This is the best camera ever made on any smartphone,” says Apple’s SVP of marketing Phil Schiller. And it comes as a free update for all iPhone 7s.

11:20 AM: Instagram is coming out with a new filter especially for Apple’s 25 percent brighter, wide color gamut RetinaHD display. It looks more vivid than before.

11:24 AM: Stereo speakers in the iPhone 7/7 Plus will be two times louder than before. And, yep, the audio jack is gone. Sorry. Apple’s EarPods will be connected via the Lightning Connector. But don’t worry, Apple is including an adaptor for the analog headphone jack in every box. According to Phil, a move this big takes quite a big of “courage.” Clearly, the team is bracing themselves for backlash.

11:28 AM: This is a move toward going wireless, which Apple is doing with the launch of their wireless Apple AirPods. The Apple AirPods look straight out of the future. It can detect when it’s in your ears using infrared technology, and seamlessly toggles between phone calls and music. You can activate Siri with a double tap. “There are no buttons, there’s no switching, there’s no pairing, no unpairing — those are all things of the past.”

11:33 AM: Thanks to the groundbreaking W1 chip, AirPods hold a five-hour charge and charge directly in case. Beat Headphones are also releasing a couple of wireless headphones — Beats Solo 3 over-the-ear headphones (which has 40 hours of playtime) and the in-ear Beats X.

11:36 AM: The iPhone 7 comes with the A10Fusion chip with a Four-Core CPU with 3.3 billion transistors, has 120 times faster processing performance and is 240 times faster in graphics performance than the original iPhone.

11:50 AM: Pre-orders for the iPhone 7/7 Plus start on September 9 and ship on September 16 to the first 28 countries, then the next 30 in the following week. iOS 10 drops on September 13 and the AirPods launch in late October and retail for $159. The iPhone Upgrade Program is also launching in the UK and China. Looks like the event might be wrapping up with no news on the Macbook refresh. Womp womp.

Are you excited about Apple’s new products? Tweet us @BritandCo!

Kimberly Wang
Kimberly Wang writes about all things pop culture, tech, style, and beauty. She's a Bay Area transplant and has an MFA in Creative Writing from Columbia University. On a sunny New York day, you can find her hanging out with her mini schnauzer Isabelle Jellybean on a blanket in Central Park.
Apple
Tech
Apple iPhone Tech News