The Most Important Things You Need to Know from WWDC 2016 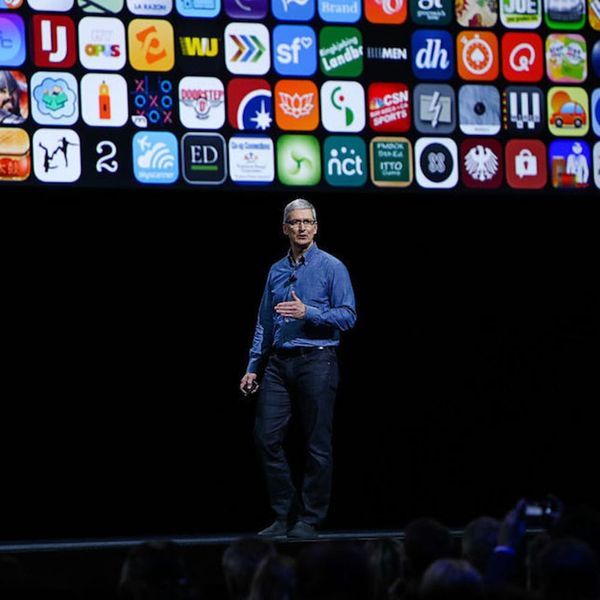 Today marked Apple’s major developer conference, WWDC 2016, where the company rolled out their big updates to their operating systems for their various devices. There was plenty of buzz about what might be coming to the Apple Watch, iPhone and more, and the Silicon Valley giant certainly did not disappoint. We’ve rounded up the 23 biggest updates from today’s conference so you can get excited about whats coming to your fave smart gadget in the fall (or July if you’re signed up for Apple’s public beta program, or today if you’re a developer). Get stoked!

1. watchOS 3 is seven times faster. Rather than simply waiting for your apps to load, thanks to watchOS 3’s Quick Start feature and Instant Launch, everything on your watch is going to load faster than ever. You can expect this lightning-fast update to launch in the fall.

2. Minnie is coming to the Apple Watch. One of the most beloved watch faces for the Apple Watch is the Mickey Mouse one. Due to popular demand, Apple will be bringing Minnie to your watch face in the very near future. Get excited.

3. You can write with your finger. Being able to respond to text messages directly from your Apple Watch is nothing new, but with watchOS 3’s new Scribble feature, you can respond in your own handwriting. Plus, Scribble can be used for both Mandarin and English — though we’re certain other languages are forthcoming!

4. Send smack talk to your activity friends. One way to keep your workout pals motivated is, funnily enough, by sending them some lighthearted smack talk via your Apple Watch. You can also shoot them your heart rate, a voice recorded message or, if you’re feeling nice, some words of encouragement.

5. Deep breathing exercise app Breathe. Wellness isn’t just about working out. Apple Watch is launching a new app called Breathe which focuses on, yes, mindful breathing. The app comes with a timer that lets you set how long you’d like a session to be and is accompanied by gorg visuals to help guide you along. In case you want to close your eyes as you breathe, you can also set a haptic response that vibrates, letting you know when to inhale and exhale.

2. Siri will search YouTube for you. Last September when Apple introduced us to the new Apple TV, we got to see all the cool stuff Siri-enabled Apple TV could do. With the new tvOS update, Siri doesn’t only search TV shows and movies for you anymore, it’ll search for YouTube videos too. Pretty badass!

3. Single Sign-On means you only have to sign in once. One of the biggest pain points about using Apple TV and all its wonderful apps is that signing in can be quite a PITA. Thanks to Single Sign On, you now only have to do that ONCE and it’ll sign you in across the board.

2. Apple Pay is coming to the web. Soon Apple Pay is going to be as ubiquitous as PayPal or Visa. When you’re shopping online, you’ll be able to select and pay with Apple Pay. Just have your iPhone or Apple Watch handy, then use your thumb to checkout.

1. iOS 10 is coming. This will be the “biggest iOS release ever” according to Apple, so brace yourselves (we’ll be doing a deep dive later, so stay tuned!). Public beta debuts in July but it will be available to all this fall.

2. Notifications are getting a serious facelift. All those bothersome notifications you get, you’ll be able to clear with a simple tap. Using 3D Touch to peek into your Mail app, you can even see who has been emailing you and how many times. In case you want the score of a game you’ve been tracking, you’ll even be able to live stream the play IN Notifications. Game. Changer.

3. Siri is smarter than ever. Seems like Apple has heard the plea and is making Siri even smarter. Soon, the virtual assistant will be using AI’s Deep Learning to be better at predicting your needs. You’ll even be able to switch languages as you’re typing (yay for bilinguals!). Apple is now opening Siri to developers, so brace yourself for what’s coming.

4. Photos is getting immensely better. Photos in iOS 10 will be able to do Face + Object + Scene Recognition and sort your photos accordingly. There’s also a new Memories feature that will aggregate events and trips for you, and will even automatically string together your clips to make videos. Oh, and those super cool Live Photos Apple introduced back in September are now editable.

5. Maps is getting more proactive. It can tell what time you need to get to work. Maps now includes traffic en route, pan and zoom to see traffic conditions ahead. It also gives ETAs, detours to food and gas along the way, alternate routes if there’s traffic and is available on Carplay. It’s now open to developers.

6. Apple Music is getting redesigned. With Apple Music’s redesign, you’ll have access to lyrics, a daily playlist curated just for you and other new features like Browse, which will allow you to discover new music.

7. Phone is getting a long-awaited update. For everyone who is awful at checking their voicemail, your prayers have been answered. With the new update, there will be automatic voicemail transcription (OMG), and you can access that directly from the voicemail icon. Through third-party developers, you’ll also be able to get a spam alert when telemarketers and robocalls hit up your phone, which makes it easy to screen your calls.

8. Messages is going to be SO FREAKIN’ COOL. Soon, you’ll be able to send rich links and videos in line. Emoji are three times bigger! There will be emoji predictions as you type, and when you tap the emoji button, words that can be emoji-fied will be highlighted. All you have to do is tap to emoji-fy your message. Bubble effects lets you send messages in a whole new way — slam text, loud text, gentle text, Invisible ink — which allows you to reveal a concealed message or photo with a swipe of your finger. You can also draw images via digital touch, send reactions to texts, write messages in your own handwriting and send full-screen effects. Messages is also going to be open to developers, so expect cool things — like stickers!

9. Upping privacy. Earlier this year, Apple was embroiled in a high-profile case with the FBI in unlocking the iPhone of the San Bernardino shooters. Apple is working to be the privacy leader in technology today, and the tech co. promises no user profiling, end-to-end encryption and differential privacy (which is still collecting data to stay abreast with the competition but injecting noise which makes it impossible to narrow down info to a specific user).

10. Learn to code on your iPad. Swift Playground is the super fun and interactive app that’ll be available for iOS 10 on iPads that teaches kids (and all beginners, we suppose) how to code. The best part is, it’s free (!!) because Apple believes that coding should be made available to everyone. Now that’s something we can totally get behind.

What update are you most excited about? Tweet us @BritandCo!

Kimberly Wang
Kimberly Wang writes about all things pop culture, tech, style, and beauty. She's a Bay Area transplant and has an MFA in Creative Writing from Columbia University. On a sunny New York day, you can find her hanging out with her mini schnauzer Isabelle Jellybean on a blanket in Central Park.
iPhone
Tech
iPhone
More From Tech