How This Teen Turned Her Lemonade Stand into a Philanthropic Empire 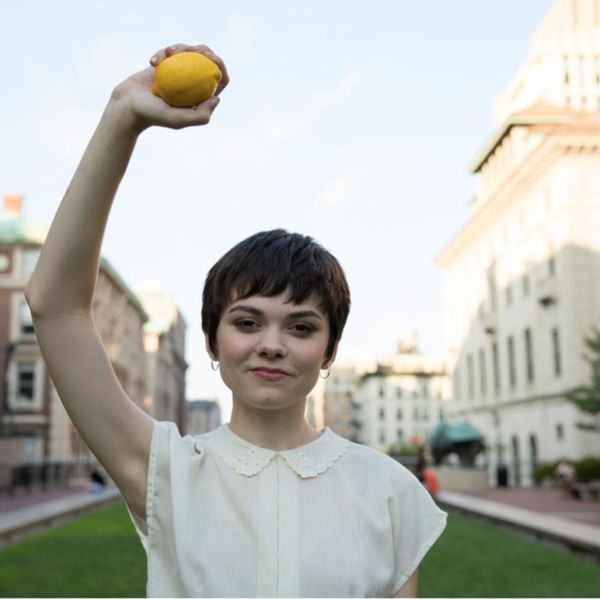 Lulu Cerone was only 10 years old when she decided to take a different approach to the traditional lemonade stand. Rather than popping up outside of her home or in her schoolyard to make a few bucks, Cerone understood that selling lemonade could actually help those who were less fortunate. With the help of her fifth-grade class, Cerone created the LemonAID Warriors, an enterprise which helps youth to to mobilize and raise money for various causes, including providing clean drinking water to those in Haiti and Africa.

Since its launch, LemonAID Warriors has become a fun way for Cerone, now 18, to get other teens like herself to become involved in social activism and charitable outreach. She even penned a book PhilanthroParties!: A Party-Planning Guide for Kids Who Want to Give Back, which released in May, about how young folks could integrate philanthropy into their lives just by throwing parties.

“The book invites children, teens, and families to incorporate social good into their social lives, and because of these parties we’ve been able to raise over $150,000.00 for global and local charities,” Cerone shared.

Cerone’s continued work to harness the power of young people to do good has led Cerone to charitable partnerships with brands like Mattel and Forever 21, as well as Blood:Water, an organization committed to providing clean drinking water and HIV/AIDS prevention initiatives in Africa.

Now in her freshman year at Columbia University, Cerone has been chosen as one of 10 honorees — out of a whopping 6,000 entries — for the L’Oréal Paris Women of Worth program. Her fellow honorees span across the spectrum of age, experience, sector, and background, but all share the common objective to make the world better for women.

Each of the Women of Worth honourees receives $10,000 to support her cause. The women also are entered into the running to win an additional $25,000 as voted on by the public, becoming the program’s 2017 National Honouree.

“It is the greatest honor to help these extraordinary women expand their reach, touch more lives, and create even more positive change throughout the world,” says Karen T. Fondu, President, and Chairwoman of L’Oréal Paris Women of Worth.

If Cerone gets chosen as the 2017 National Honoree, her $25,000 prize would be put toward providing scholarships to over 50 children at a partner school in Zimbabwe. Cerone tells us that education has always been a huge passion of hers, one that she hopes to invest more time, money and efforts into in the future.

“We must engage and empower children to become agents of change. They will need these skills, especially considering the global challenges they are going to inherit. They are capable of creating powerful, tangible positive change,” Cerone tells us.

To learn more about each of the nominees and vote for the women’s organization that resonates with you the most, visit the Women of Worth site here. Votes are being recorded until November 29, with the National Honoree to be announced at a ceremony on December 6.

What’s an organization that inspires you? Tell us @BritandCo!

(Photos via Women of Worth)

Amanda Scriver
Amanda Scriver is a passionate storyteller and body image advocate based out of Toronto, Canada. When she isn't writing for various publications, she finds time to Keep Up With The Kardashians while partaking in life's greatest pleasure: the chip buffet. Don't ask her what her favorite restaurant is, it's complicated
Charity
Empowerment
Charity Empowering Girls Teens