15 Luxe Lifestyle Books to Make You Forget About Your Taxes 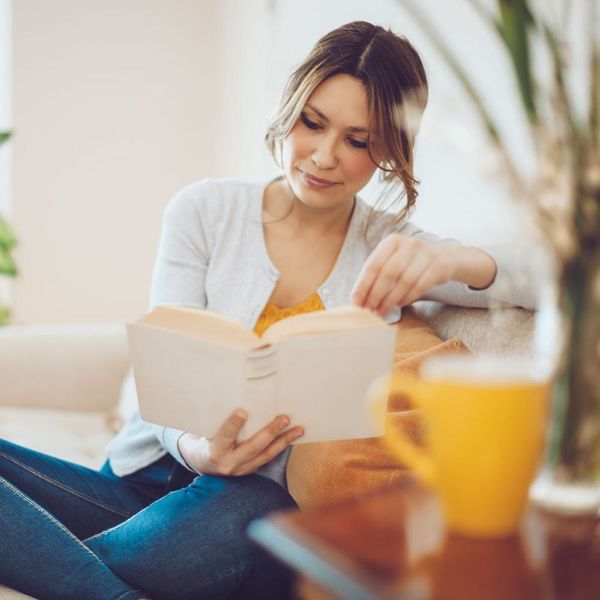 Tax season is a pain, no matter how prepared you are. From scrolling through tax tips from the experts to downloading tax apps that make filing a breeze for procrastinators, you likely put a lot of energy into getting ready for Tax Day. After you’ve filed, recover from the form-induced stress by reading about the lifestyles of the rich and famous. You know, those people who can afford to have their accountants handle the hassle of taxes while they lay poolside. Here are our fave 15 books about luxe lifestyles to escape our Tax Day nightmares.

1. The Royal We by Heather Cocks and Jessica Morgan ($18): A cheeky play on our favorite royal family, this drama-packed novel fills us in on what courting a prince is really like. From university rendezvous to a few thorny royals, this book is a great read for anyone looking to live out their princess fantasies — in the pages of a well-written novel, of course.

2. The Devil Wears Prada by Lauren Weisberger ($10): The basis of the hit movie that Meryl Streep gave us chills watching, this novel confirms everything you thought about the fashion industry… and more. With enough drama to fill 368 juicy pages, we wouldn’t be surprised if you spent an entire day binging on this one.

3. China Rich Girlfriend by Kevin Kwan ($17): Secret emails, social climbing and lovey-dovey billionaires are all the ingredients you need for an amazing gossip-centric look at the luxe world of China’s elite.

4. Alexander McQueen: Genius of a Generation by Kristin Knox ($22): A tribute to Alexander McQueen, one of the most influential fashion designers of all time, this coffee table book is full of more than 125 catwalk images that will transport you from your cutesy apartment to the high-end fashion capitals of the world.

6. The Dirt: Confessions of the World’s Most Notorious Rock Band by Tommy Lee, Vince Neil, Mick Mars, Nikki Sixx and Neil Strauss ($12): Think backstage scandals, outlandish drug addictions, celebrity affairs and a whole lot of rock n’ roll. This no-holds-barred autobiography about the legendary rockers in Mötley Crüe brings you right into the fold of the band. You’ll learn all about the good, the bad and the downright insane events.

7. We Were Liars by E. Lockhart ($11): When the rich and famous go to their summer home, things naturally get a bit saucy. This novel follows the lives of a group of teenagers as they battle through life, love and many, many lies.

8. The Knockoff by Lucy Skyes and Jo Piazza ($17): When the exemplary Imogen Tate, editor in chief of Glossy magazine, learns that her assistant is trying to turn her precious magazine into an app, let’s just say things get a little hostile. This story is the perfect fashion-meets-tech read to get your spirit back after a long tax haul.

9. Where’d You Go, Bernadette by Maria Semple ($9): A hysterical page turner about a girl’s search for her wealthy mother, this novel showcases the rise and fall of the upper class like few can. Strung together with different pieces of correspondence — everything from secret emails to letters from the FBI to an emergency room bill — it’s a mixed media story that will change your view of the genre altogether.

10. The Unfortunates by Sophie McManus ($20): Praised by the New Yorker as an incredibly moving “take on assumptions and beleaguerments that go with great wealth,” this debut novel by Sophie McManus will have you debating the benefits of wealth and power until the very last page.

11. L.A. Candy by Lauren Conrad ($8): Lauren Conrad’s bestselling hit is all about growing up famous in the City of Angels, something the writer knows a fair deal about. From starring on a new hit reality show to getting VIP treatment in the city’s best nightclubs, Jane Roberts thinks she’s struck gold. But, of course, things aren’t always as easy as they seem.

12. Gossip Girl by Cecily Von Ziegesar ($6): Diving into the scandalous lives of a handful of mega rich private schoolers, this YA drama is kicked into overdrive when a witty gossip site named Gossip Girl tries to take the fabulous teens down a peg. But, you know you love her. XOXO.

13. Opening Belle by Maureen Sherry ($15): Trying to balance a family of five, a demanding Wall Street job and an impenetrable glass ceiling can definitely take its toll on anyone, including the main character, Isabelle. This realistic novel about the veil of sexism in finance is just as good as it sounds. It will definitely have you thinking twice about Wall Street wealth before you’re through with it.

14. Everybody Rise by Stephanie Clifford ($18): When high-society social climber Evelyn pretends to be an old money brat in order to fit in, you know something’s bound to go awry. This sharp and witty tale about wealth and lies is the perfect rebound book for any fan of the Gossip Girl series.

15. The Bonfire of the Vanities by Tom Wolfe ($13): A tragic look at the scummy underbelly of wealth in New York City, Tom Wolfe’s bestselling novel is an instant classic that just might make you forget about Tax Day altogether.

How are you dealing with Tax Day stress? Tweet us your comments @BritandCo.

Ashley Macey
Ashley Macey is a lifestyle freelance writer who loves all things fitness, wellness, and creativity. When she's not exploring her home in the Pacific Northwest with her dog Max, you'll probably find her curled up with a good book and some hot tea. Follow her daily jaunts on Twitter.
Books
Pop Culture
Books