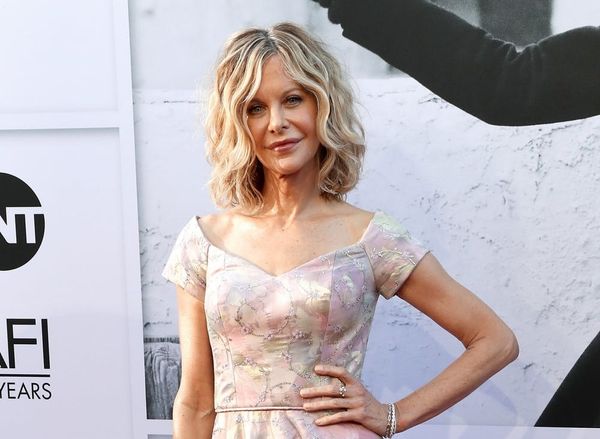 Meg Ryan took to Instagram on Thursday, November 8, to confirm that she’s engaged to John Mellencamp. And she decided to use a little artistic flair to share the happy news with fans and followers.

“ENGAGED!” Ryan captioned a sketch of herself and Mellencamp. In the drawing, a wild-haired version of the actress stands hand-in-hand with the rocker, who holds a guitar in his other hand.

Rumors of an engagement first swirled around the couple when Ryan was spotted out on Halloween with a ring on her finger. The Sleepless in Seattle star and the “Jack & Diane” singer reportedly began dating around 2010 or 2011. They split briefly in 2014 before reuniting later that same year, broke things off again in 2015, and reconciled sometime between then and 2017, when they were spotted spending time together. They’ve been the subject of engagement and marriage buzz before, but according to E! News, Ryan’s rep previously denied the rumors.

This will be Ryan’s second marriage; she was previously wed to fellow actor Dennis Quaid from 1991 to 2001. The pair share a son, Jack; Ryan also adopted a daughter named Daisy.

Mellencamp has been married three times and has five children, including Real Housewives of Beverly Hills star Teddi Mellencamp Arroyave, who reposted Ryan’s engagement announcement on her Instagram Stories, along with a few heart stickers.

Desiree O
Desirée O is a ‘Professional Bohemian’ who loves anything and everything related to the arts, entertainment, and pop culture. She ADORES being a ‘Newsy’ for Brit + Co, covering all of the latest tidbits of awesomeness that you want to read about. When she’s not writing, she’s either making messy art, going on long adventurous walks with her camera, or poking around over at bohemianizm (http://www.bohemianizm.com/). You can find out about Desirée O and her work at http://DesireeO.com/ or follow her on Twitter @DesireeO.
Celebrity Couples
Celebrity News
Celebrity Couples Celebrity Engagement
More From Celebrity News