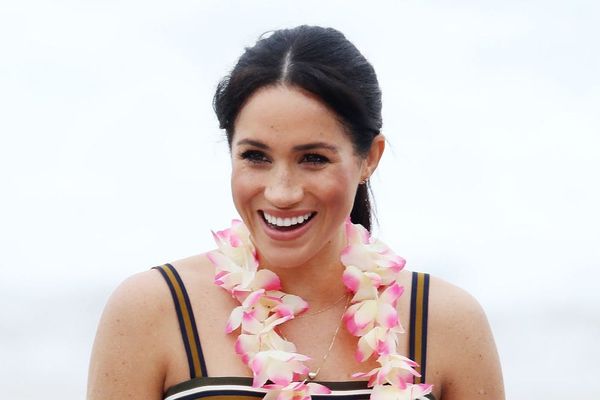 At the beginning of their current royal tour, Prince Harry and Meghan Markle announced that they’re expecting their first child. As the couple continues their 16-day trek, Markle has revealed some of the pregnancy symptoms she’s experiencing, including how she’s coping while on the road.

“Meghan told me that pregnancy was like having jet lag,” Charlotte Connell, a local who spoke with Markle during the couple’s visit to the famous Bondi Beach in Australia, told Sky News. “She said she was up at 4:30 this morning doing yoga in her room as she couldn’t sleep.”

Markle has been doing yoga since she was a kid, thanks to the fact that her mother, Doria Ragland, is an instructor, and the former actress has kept up her practice throughout her adulthood.

So far, the Duke and Duchess of Sussex have said relatively little about the pregnancy. At an event kicking off their tour in Sydney, Australia, Harry nervously addressed it, saying that he and his wife “genuinely couldn’t think of a better place to announce, the, uh, the upcoming baby.”

Later, Markle revealed to some schoolchildren in Melbourne that, while they had no names picked out just yet, some options had been floated to them. “We’ve been given a long list of names from everyone,” Markle reportedly told one curious kid who asked about names. “We’re going to sit down and have a look at them.”

No specific due date has been revealed by Kensington Palace, but the couple are said to be expecting their new arrival in spring 2019.

Have you been following Harry and Meghan’s pregnancy news? Let us know @BritandCo!