These Are the Workouts Getting Meghan Markle into Royal Shape 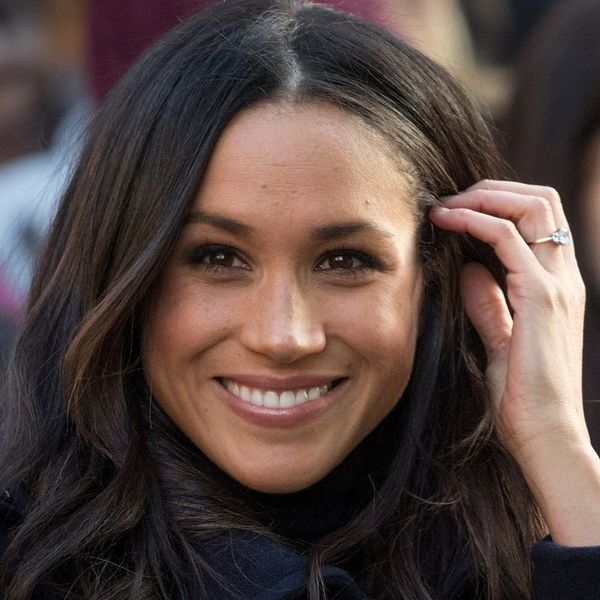 Now that Meghan Markle is well on her way to becoming a royal, she’ll be in the public eye more or less 24/7. She won’t need to do much to get healthy and showcase her best self, however — as it turns out, The Suits actress is already a fan of some seriously intense workouts, and she does not mess around in the gym.

Markle recently told Women’s Health UK that because her mom was a yoga instructor, the practice is in her “blood,” and that’s she’s been getting her “om” on since she was a child. “I love an intense vinyasa class — and even better if its blasting hip-hop and done in a dark room with candlelight,” she said. “The best!” (For those out of the yoga loop, vinyasa is a type of yoga that flows through positions fluidly instead of doing one at a time).

But Prince Harry’s fiancée credits a different fitness phenomenon for changing her body, reportedly telling the magazine “Pilates Platinum is hands down the best thing you could do for your body.”

Markle is a close friend of Heather Dorak, who founded the popular Santa Monica studio. The actress sang the praises of Dorak’s method, which includes the crazy tough Megaformer 3K machine — a super intense machine which isolates all those teeny tiny muscle groups that may not get activated in standard workouts, providing a fantastic total-body workout.

“There are so many workouts that you try out once and never go back to; Heather’s studio is the complete opposite,” the 36-year-old explained. “You keep coming back for several reasons: First off, your body changes immediately… give it two classes and you will see a difference; second, Heather is amazing — as an instructor, as a friend, she is inspiring in every way; lastly, the people in class are cool, unpretentious, and motivating… and that is a testament to Heather’s energy.”

And if all of THAT didn’t leave you feeling tired, Markle also runs as a form of “moving meditation,” and works out with her trainer, Craig McNamee, while on the set of Suits. Phew!

Still, she has plenty of days where she’s just not feelin’ it, just like all of us, in which case she reminds herself that the aftermath will be totally worth it.

“My health, my state of mind, the feeling you have after a workout; all of [these] things drive me to step onto my mat or go to the gym,” she said. “Sometimes the idea of working out sounds absolutely dreadful, but I always remind myself of how good it will feel afterward. Euphoric, almost!”

We’ll sweat to that!

Would you try Meghan’s go-to workouts? Tell us @BritandCo!

Arielle Tschinkel
Arielle Tschinkel is a pop culture junkie who went to NYU because the Olsen twins went to NYU (really). She is a freelance writer whose work has also been featured on HelloGiggles, Refinery29, SheKnows, Bustle, Hollywood.com, and many others; and she's living her dream one Britney Spears GIF at a time. Follow her on Twitter @mrstschinkel or visit her website at arielletschinkel.com.
Royal Family
Health
Royal Family Womens Health Workouts
More From Health