Meghan Markle Says Prince Harry Is the ‘Best Husband Ever’ 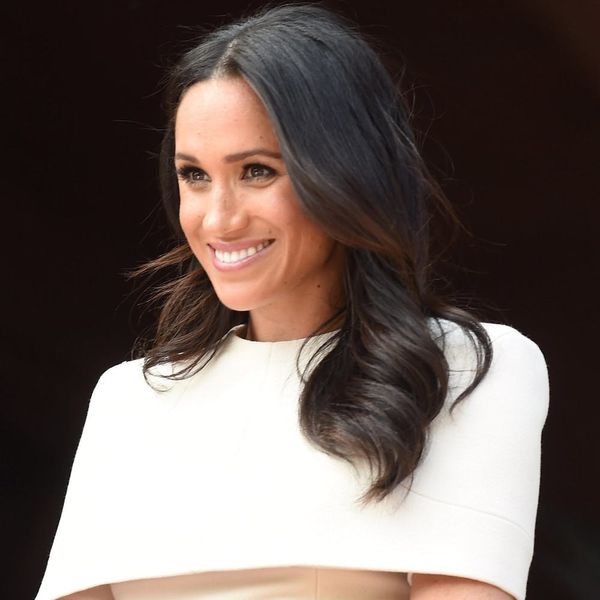 Meghan Markle made her first solo royal appearance with Queen Elizabeth II on Thursday, and while Prince Harry wasn’t along for the trip, he was definitely on Markle’s mind.

As the Duchess of Sussex and the Queen met with locals in Chester, England, one sweet well-wisher asked Markle to “give our love to Harry and to look after him,” People reports. Markle replied with a smile, assuring the woman she would and adding that Harry was the “best husband ever.”

Additionally, the former Suits star said her new life as a newlywed and a royal was “wonderful” and she was “really enjoying it.”

Markle and Queen Elizabeth II traveled overnight via the Queen’s royal train to Cheshire, England, about 200 miles north of London. The pair were on hand to officially open the Mersey Gateway Bridge and Chester’s Storyhouse Theatre and later attended a lunch with city council members at Chester Town Hall. Both Markle and the Queen can be seen smiling and laughing with each other in photos from their various events.

This is Markle’s first royal engagement without Harry, and her first joint appearance with the Queen, but she’s been active in royal duties since just a few days after she and Harry announced their engagement. Her first appearance as an official member of the family came just three days after her May 19 wedding, when the royals celebrated Prince Charles’ 70th birthday.

Since then, Markle has also appeared — and showed off her impeccable style — at the Trooping the Colour festivities. And she and Harry recently announced their first royal tour, which will take them to Australia, Fiji, the Kingdom of Tonga, and New Zealand later this year.

Have you been following Meghan Markle’s royal engagements? Let us know @BritandCo!