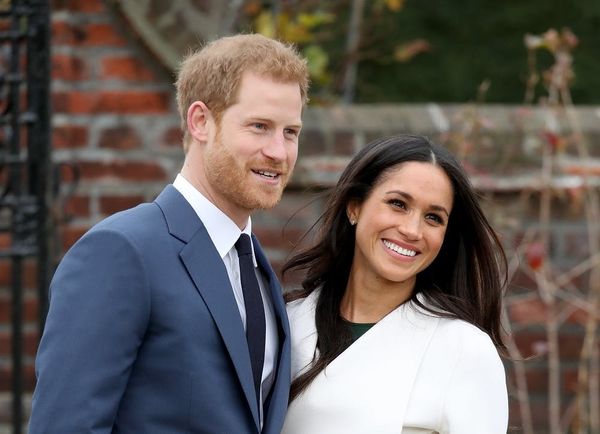 Meghan Markle and Prince Harry are about to take over your Instagram feed. The royal couple launched their own official account as a royal couple and posted their first slideshow of photos on Tuesday, April 2.

“Welcome to our official Instagram; we look forward to sharing the work that drives us, the causes we support, important announcements, and the opportunity to shine a light on key issues,” the caption on the first post read. “We thank you for your support, and welcome you to @sussexroyal.” The post was signed “Harry & Meghan.”

The nine photos shared by the Duke and Duchess of Sussex include several moments from their fall 2018 royal tour, as well as Markle’s work with the women of the Hubb Community Kitchen and Harry’s work with both the military and animal conservation organizations. The slideshow is capped off with a striking black-and-white photo of the couple holding hands and waving to the crowd during a tour stop in Australia.

“Welcome to our official Instagram; we look forward to sharing the work that drives us, the causes we support, important announcements, and the opportunity to shine a light on key issues. We thank you for your support, and welcome you to @sussexroyal.”- Harry & Meghan

The new Instagram account comes on the heels of the couple’s transition out of Kensington Palace and into their own household, Sussex Royal, which will focus on their specific causes and will be run out of their new Buckingham Palace office. The Kensington Palace social media account will now refocus on the work of Prince William and Duchess Kate Middleton.

While Harry has only ever publicly maintained a professional, royally sanctioned social media presence, Markle, who also lived as a public figure as an actress on the show Suits, was a dedicated Instagram user. Shortly after announcing her engagement to Prince Harry, all of her accounts, including Instagram, Twitter, and Facebook — which were updated primarily in support of her lifestyle blog The Tig —were deactivated.

Now, with the couple expecting their first child in the coming weeks, it seems likely that their new Instagram account will be a place to keep watch for news and photos.

RELATED: A Timeline of Prince Harry and Meghan Markle’s Year Since Announcing Their Engagement